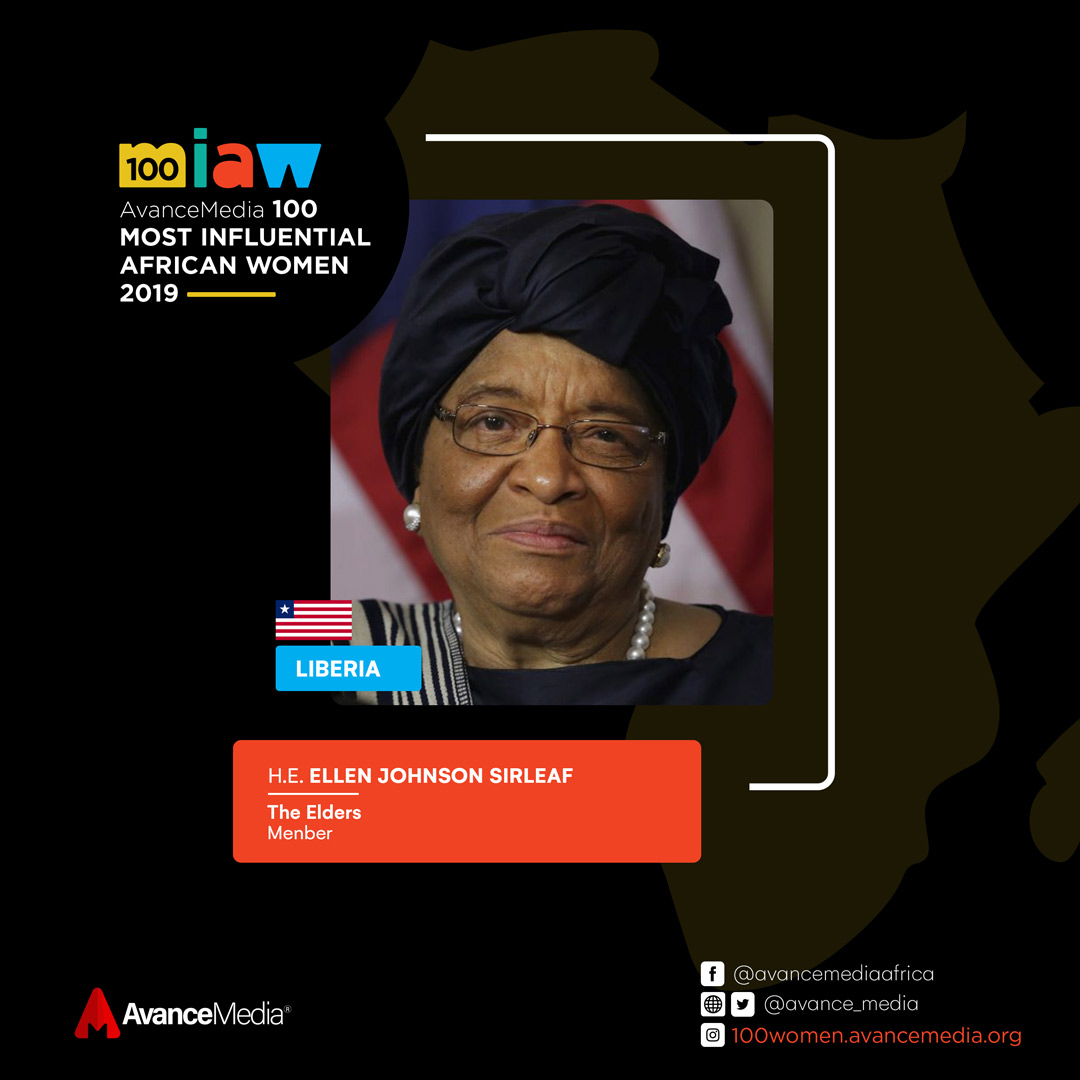 Ellen Johnson Sirleaf was born in Monrovia, Liberia. She married in 1955 and, in 1961, travelled with her husband to the US, where she studied economics at Harvard University and other institutions. After her return to Liberia, she worked for the government, including as the Minister of Finance, prior to the military coup of 1980. After having worked within the banking industry and at the United Nations, she was defeated in the Liberian presidential election of 1997. She was later elected as president in 2005 and then re-elected in 2011. Ellen Johnson Sirleaf has four children.

In October 2007, President Ellen Johnson Sirleaf was awarded the Presidential Medal of Freedom, the United States’ highest civil award, for her personal courage and unwavering commitment to expanding freedom and improving the lives of people in Liberia and across Africa. And in 2010, as the only female and African Head of State, President Ellen Johnson Sirleaf was named by Newsweek Magazine as one of the World Top Ten Leaders.

Ellen Johnson Sirleaf was also named among the Inaugural List of 100 Most Influential African Women in 2019 by Avance Media.