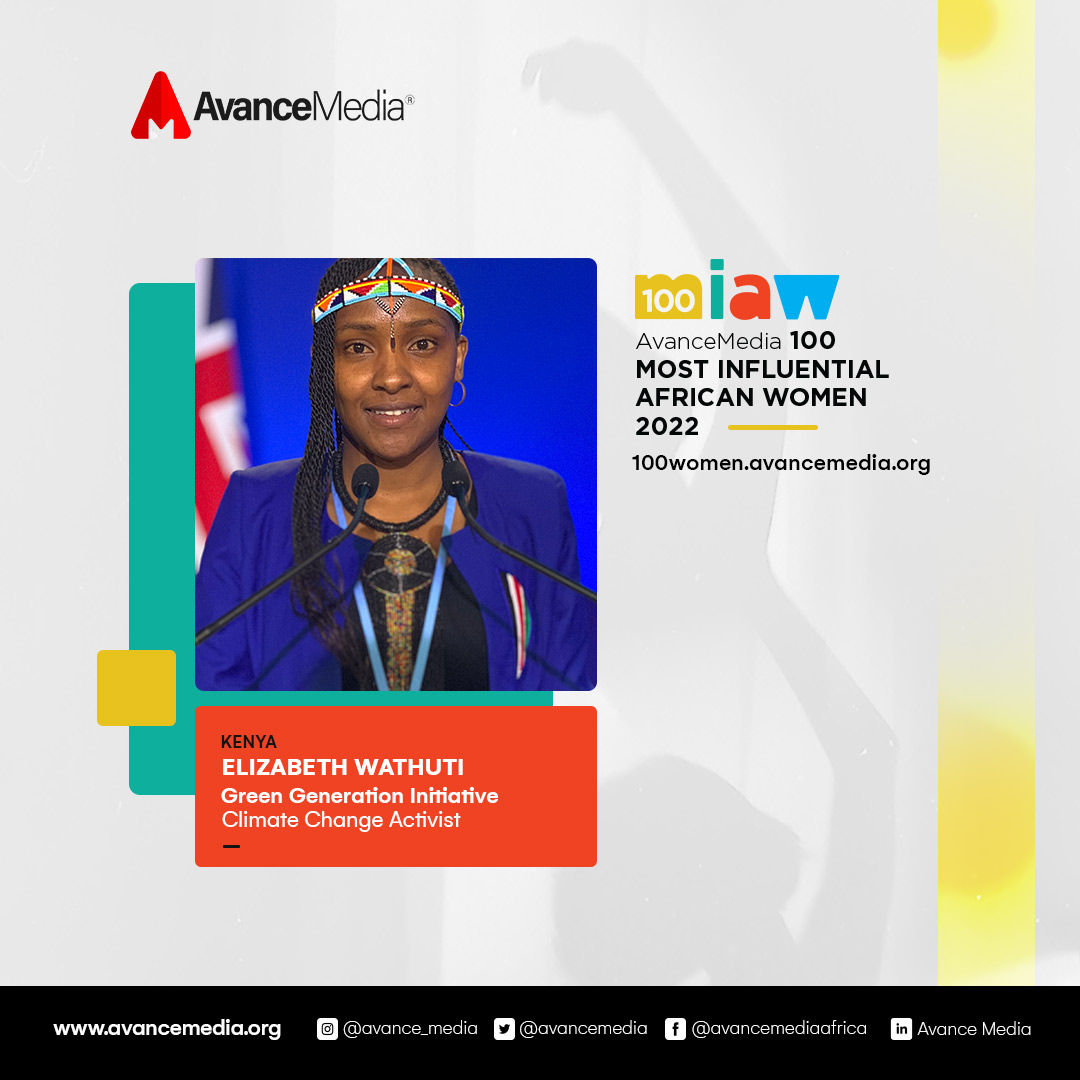 Elizabeth Wathuti is a passionate environmentalist and climate activist from Kenya. She is the founder of Green Generation Initiative (GGI) that nurtures young people to love nature, and the Head of Campaigns and coordinator of Daima coalition for the protection of urban green spaces at the Wangari Maathai Foundation.

At COP26, she has been serving as the Global South Youth Co-chair for the COP26 Civil Society and Youth Advisory Council. She also just recently addressed world leaders the World Leaders Summit opening ceremony at COP26 in Glasgow. Elizabeth is also a youth council member of the International Reserva: The Youth Land Trust. Due to her outstanding passion, leadership and personal commitment to environmental conservation and societal issues, she has received the Wangari Maathai Scholarship Award from The Greenbelt Movement, Kenya Community Development Foundation and the Rockefeller Foundation

She has previously served as the chairperson of Kenyatta University Environmental Club and holds a Bachelor’s degree in Environmental studies and Community development. She has been honored internationally with The Diana Award 2019 for going above and beyond in her daily life to create and sustain positive change. Her environmental conservation efforts were also recognized by the Duke and Duchess of Sussex

Elizabeth was a regional finalist for Africa for the UN Young Champions of the Earth 2019 due to the impact that Green Generation Initiative which nurtures young people to be conscious of the environment while promoting green projects has had. While attending the climate change conference of parties (COP25) in Madrid, Spain, she received the young climate champion 2019 award from the Green Climate Fund (GCF). She was also named by the Commonwealth as a regional finalist for Africa and Europe for the 2020 Commonwealth Youth Awards for excellence in development work.

Elizabeth has showcased her climate action solutions in over 10 high level international conferences such as; Global Landscapes Forum in Germany, The United Nations Climate Change Conference COP26 in Glasgow, Scotland and COP25 in Madrid Spain, the 12th International seminar on sustainable regions in Spain and also the UNFCCC resilient frontiers conference that took place in Songdo, South Korea in April 2019, No Planet B international forum in Lisbon, Portugal which took place on the 29th February, 2020, The International Elevate Festival in Graz, Austria, the United Nations Development Program (UNDP) African presidential dialogue in Ethiopia, COP26 in Spain Madrid, the Youth4Climate Driving Ambition event in Milan, Italy that took place from 28th September, 2021 and The World Expo 2020 in Dubai among many others. Just recently while speaking at the Dubai World Expo on 6th October, 2021, she became the first Kenyan to be interviewed by Larry Madowo on CNN ever since he started hosting the One World Show on CNN.

Elizabeth Wathuti was named among the 4th List of 100 Most Influential African Women in  2022 by Avance Media.