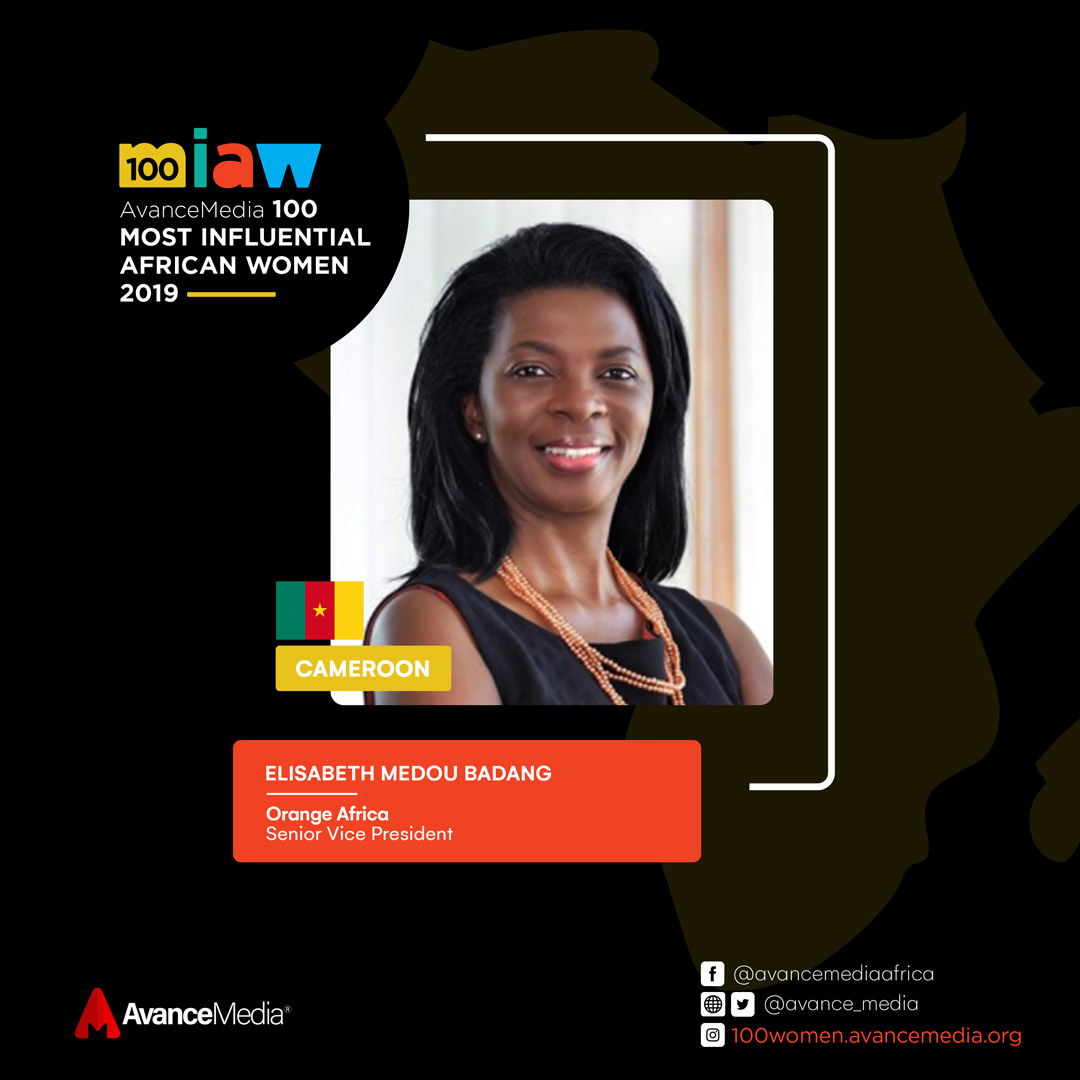 Elisabeth Medou Badang is the Regional Managing Director at Orange Middle East and Africa overseeing three countries. Prior to that she has been the CEO of Orange Cameroon for four years. During her time at Orange Cameroon, she defined and implemented an effective turnaround strategy. She has successfully promoted the growth of mobile money in the country and led this market. She has also developed internet penetration via mobile broadband access, covering more than 60% of the potential with 3G and 4G in less than two years. She previously led Orange Botswana for four years and is the first African woman to run an Orange affiliate. She is passionate about the ICT development potential in Africa, and women empowerment.

She has a post-graduate degree in finance and Certificates in Executive Business programmes from EM Lyon Business School, Cranfield University and ESCP.