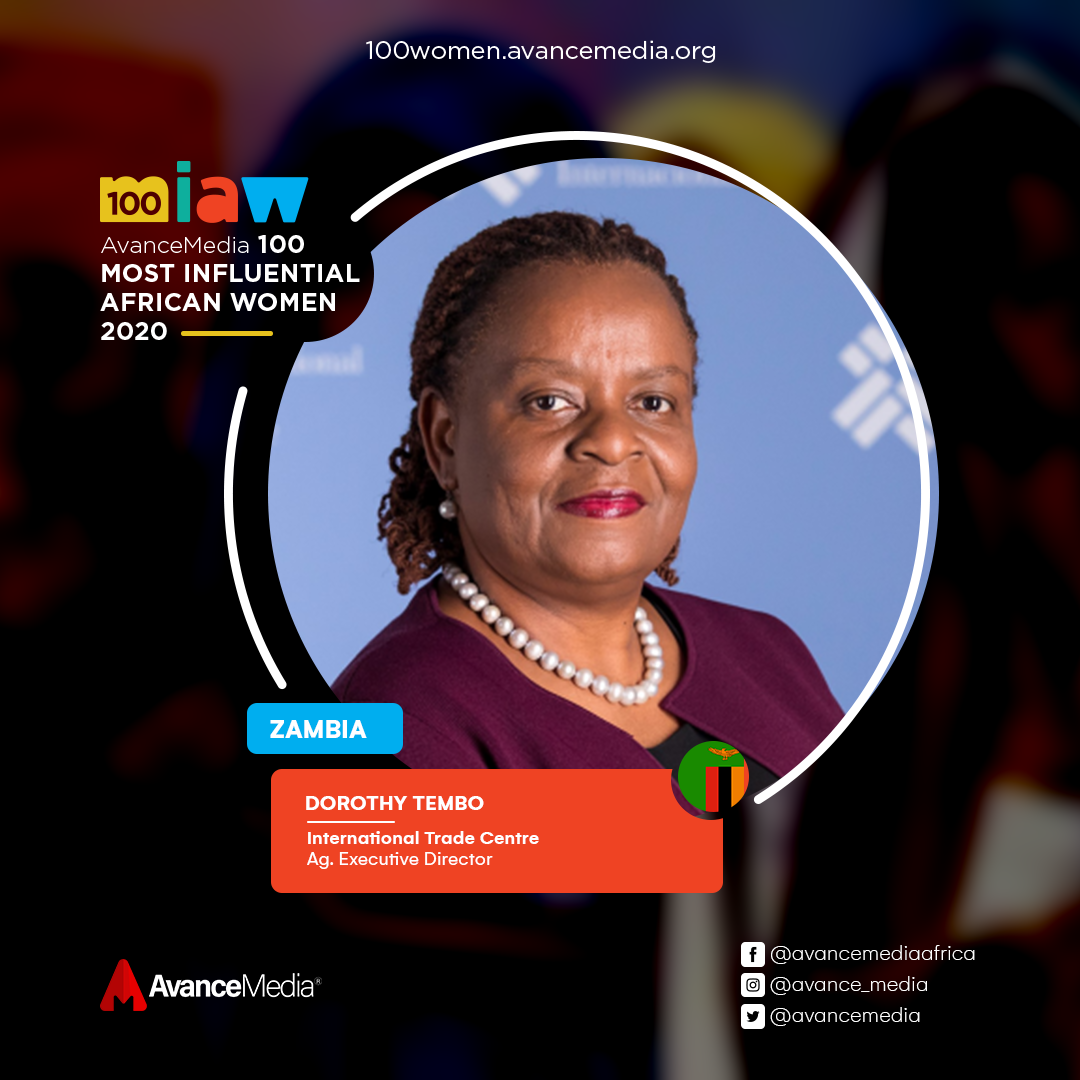 Before her roles at ITC, Ms Tembo served as the Executive Director of the multi-donor funded Enhanced Integrated Framework Programme (EIF) at the World Trade Organization (WTO).

She holds a degree in Economics from the University of Zambia.