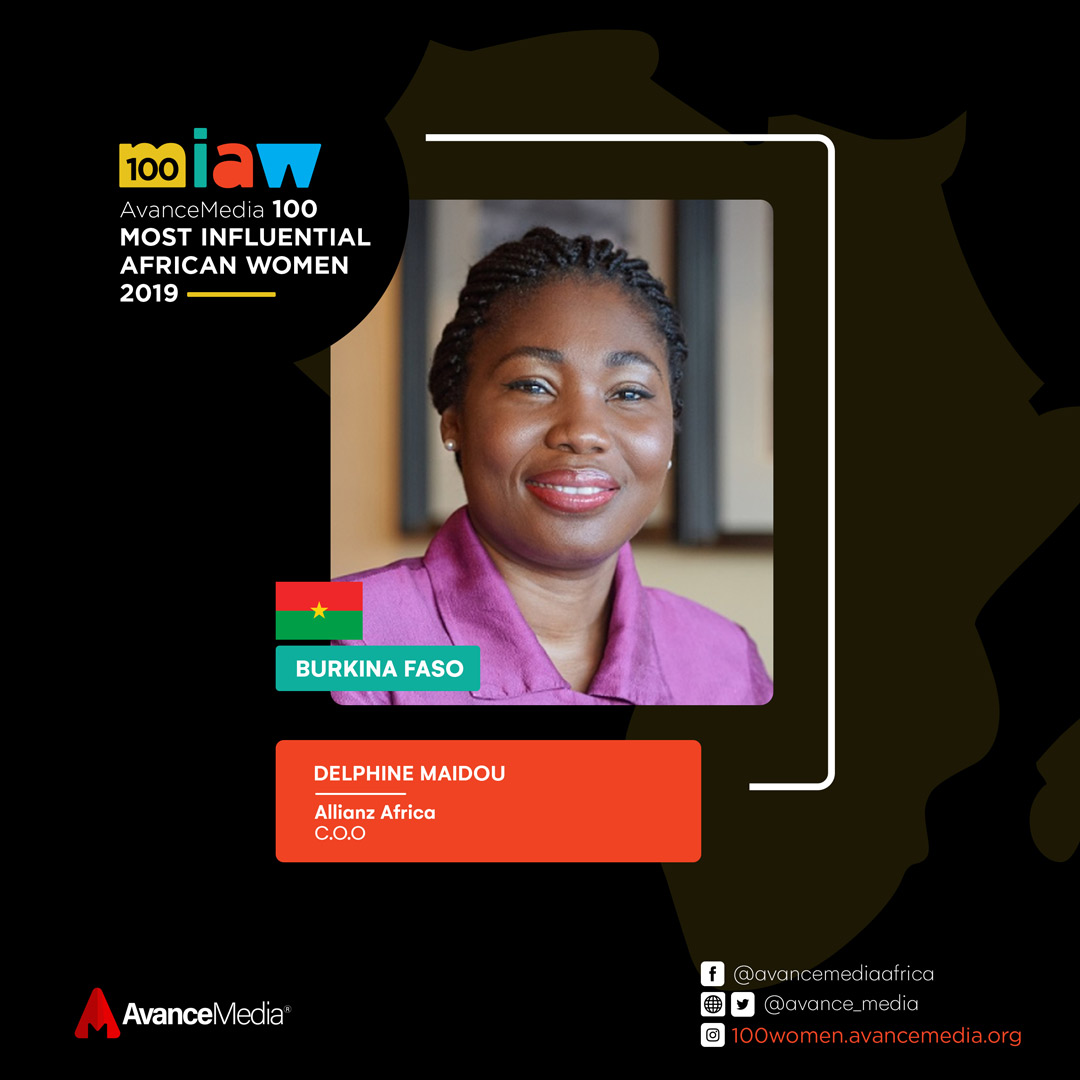 Delphine Traoré Maïdou joined Regional Executive Board of Allianz Africa as Chief Operations Officer (COO) in February 2017. She is responsible for the development of Allianz’s business on the African continent. In addition, Delphine remains a non-executive member of the board of management of Allianz Global Corporate & Specialty (AGCS) South Africa where she previously held the position of CEO. Originally from Burkina Faso, Delphine has consistently been ranked as one of the top economic leaders for tomorrow by the Choiseul 100 Africa study.

After graduating, in 1996, she joined Ohio Casualty Group of Insurance initially as a Senior Commercial Multi-Lines Insurance Underwriter and Marketing Representative and later as Regional Underwriting Manager. In 2005, she joined Allianz Global Corporate & Specialty (AGCS) Canada and held positions of a Liability Underwriter and Head of Market Management where she was responsible for identifying potential markets, client and broker target segments to support business development across Canada.

Delphine was named among the Inaugural List of 100 Most Influential African Women in 2019 by Avance Media.