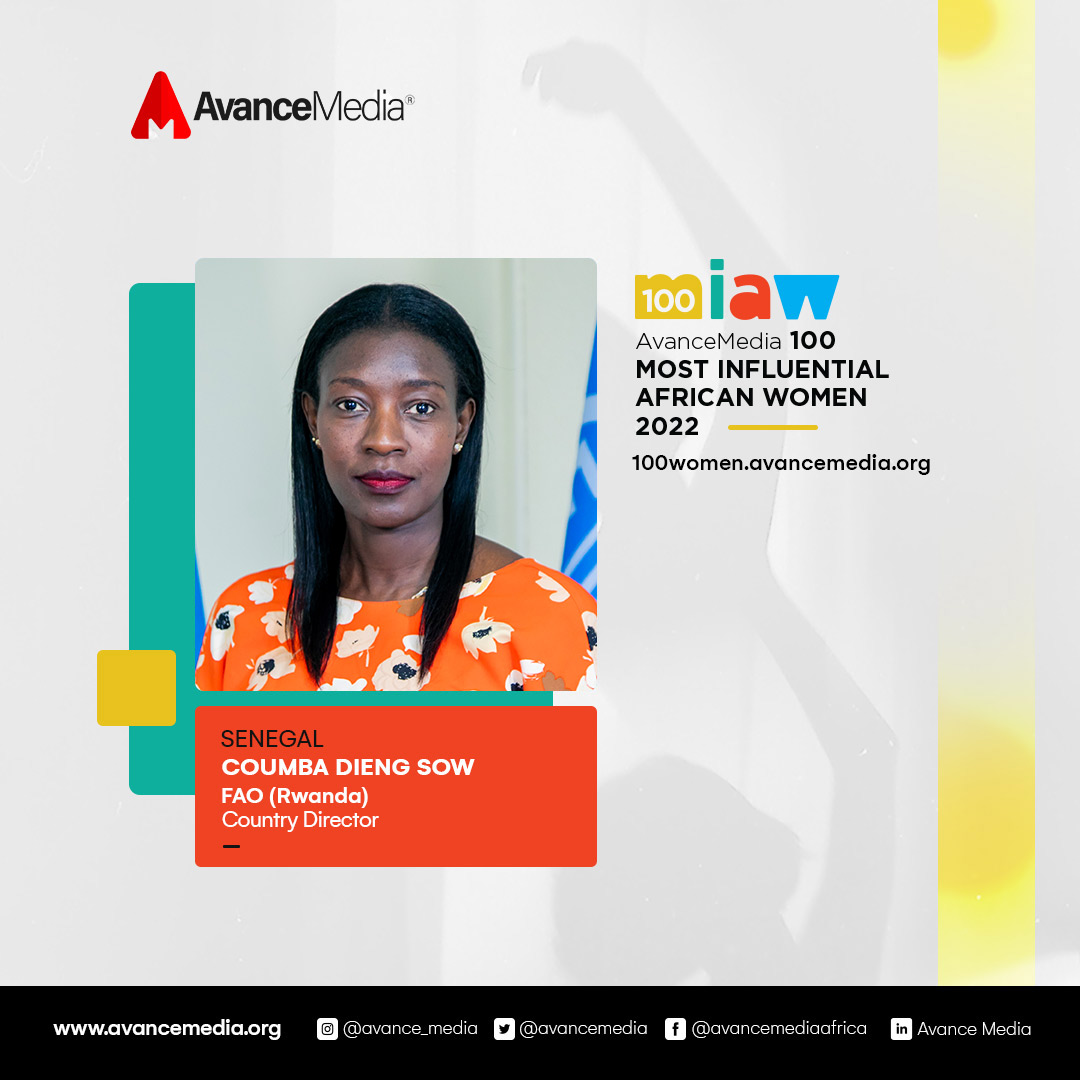 Ms. Sow brought to the FAO Country office and the UN system in Rwanda close to 20 years of experience in agro-economics and strategic policy and planning including supporting the CAADP NEPAD processes. From 2017 she has been coordinating a large team of experts in emergency and resilience activities as a Senior Subregional Resilience Officer covering 18 African countries in West Africa and the Sahel region.. Subsequently the Africa Regional Programme for Resilience.

Coumba D. Sow joined FAO in 2006 as Agricultural Policy Officer. She then, in 2013, joined the Office of the Director General as Responsible for Africa.

She holds a Master of Political Sciences in Management of Public Policies from Sciences Po Paris, in France, and a Master of Science in Agroindustry from the National Higher School of Agriculture and Food Industries of Montpellier in France. She studied Microeconomics at the London School of Economics and holds a Post Graduate Diploma in Agricultural Economics from the University of London in the United Kingdom.

Coumba was named among the 4th List of 100 Most Influential African Women in  2022 by Avance Media.