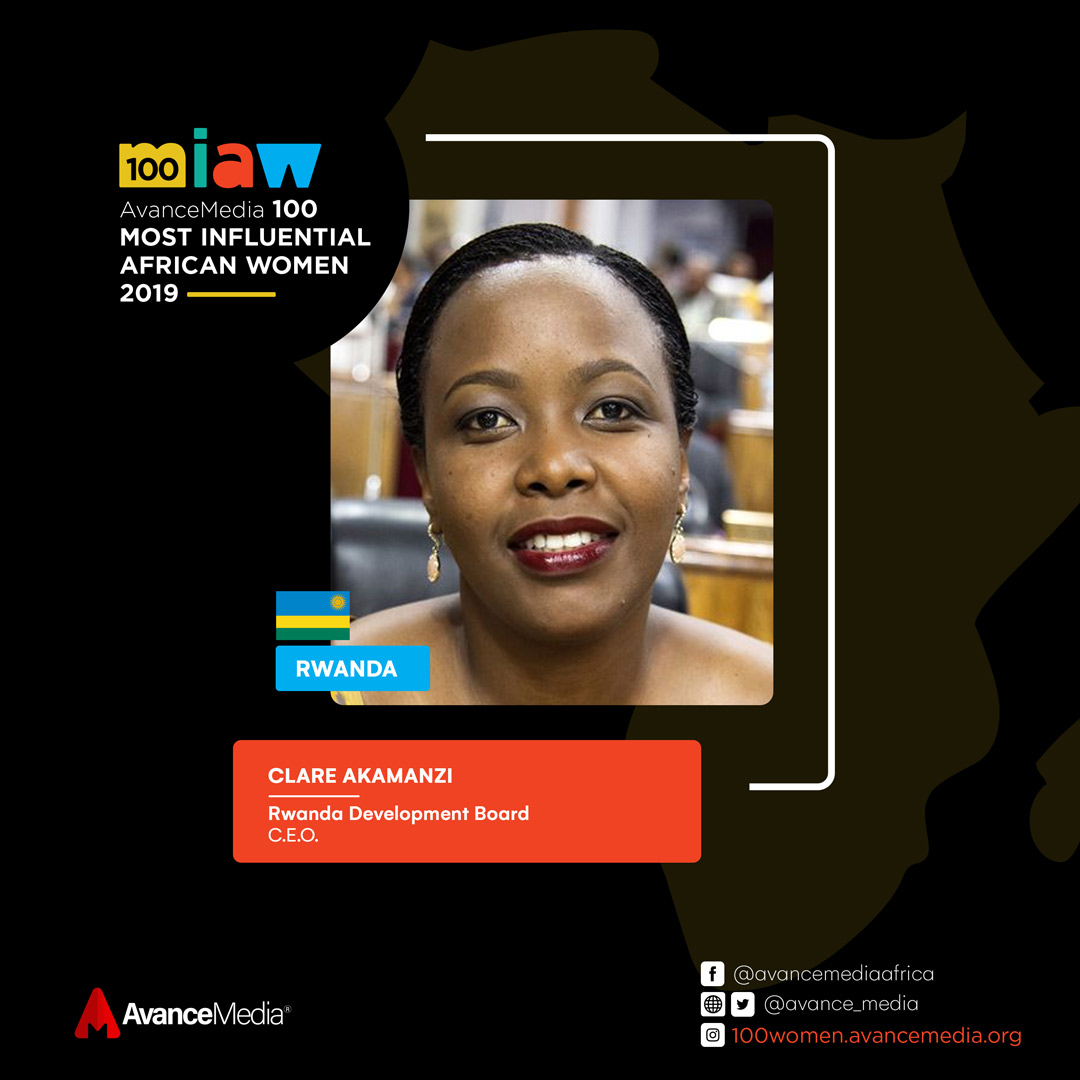 Clare Akamanzi is a Rwandan lawyer, public administrator, businesswoman and politician, who has served as the executive director and chief executive officer of the Rwanda Development Board.

She holds a Bachelor of Laws, awarded by Makerere University, in Kampala, Uganda’s capital city. She also holds the Diploma in Legal Practice, obtained from the Law Development Centre, also in Kampala.

Her Master of Laws in trade and investment law was obtained from the University of Pretoria, in South Africa. She also holds a Masters in Public Administration, obtained from Harvard University, in Cambridge, Massachusetts, in the United States. She received an honorary degree in Laws from Concordia University in June 2018.

She began her career in 2004 in Geneva, Switzerland at the World Trade Organization (WTO) headquarters. The government of Rwanda appointed her as a diplomat/special trade negotiator at the WTO. Later, she transferred to the Rwandan embassy in London, the United Kingdom as the commercial diplomat (commercial attaché).

She returned to Rwanda in 2006 and was appointed Deputy Director General of the then Rwanda Investment and Export Promotion Agency (RIEPA) “before RDB was merged with other institutions in 2008”. In 2008, Akamanzi became the Deputy Chief Executive Officer responsible for Business Operations and Services, at RDB. She later transitioned to being the Chief Operating Officer of the Rwanda Development Board. She then took study leave to pursue graduate studies in the United States. When she returned, she served as “Head of Strategy and Policy” in the President’s Office.

Clare was named among the Inaugural List of 100 Most Influential African Women in 2019 by Avance Media.