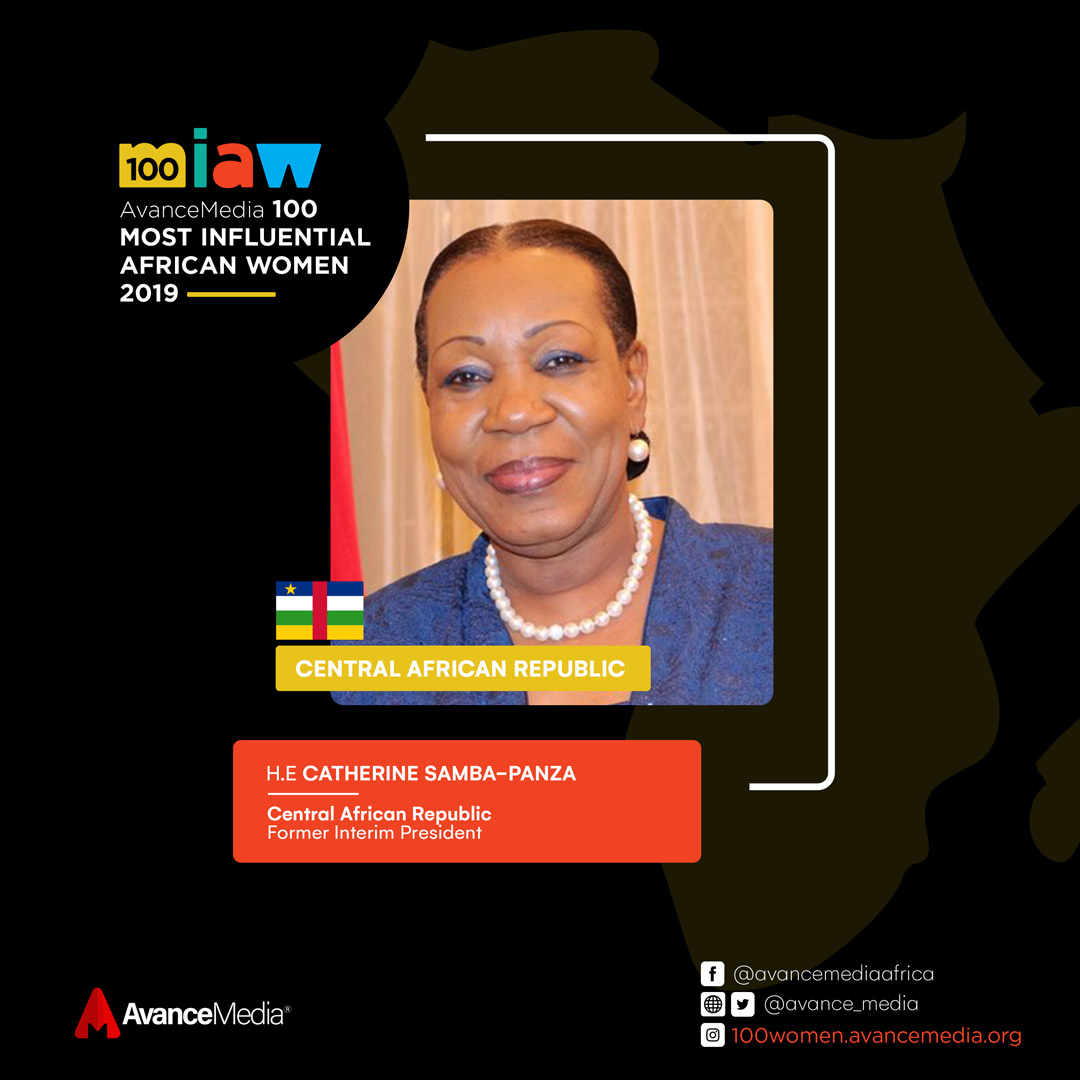 Catherine SAMBA-PANZA born SOUGA, was born on June 26, 1954 in Fort-Lamy, present city of N’Djamena in CHAD. She is married to Cyriaque SAMBA-PANZA, a senior official of the Central African Republic who has held several diplomatic and ministerial posts before retiring. She is the mother of three children, Stéphane, Christelle and Jimmy SAPPOT.Catherine SAMBA-PANZA is the second of six children, born from the union of Henriette OUALOUMA, of Central African nationality, and Barthélémy DJOU, of Cameroonian origin. Her parents, a homemaker and a bookkeeper respectively, met in Chad. She grew up in N’Djamena until the age of 16 when she attended Kabalaye Primary School and Sacred Heart College. The family made the decision to move to Bangui in the 1970s.

A lawyer by training, Catherine SAMBA-PANZA worked in the Insurance sector for several decades before being appointed Mayor of the city of Bangui in 2013 and then elected Head of State of Transition on January 20, 2014.

Catherine was named among the Inaugural List of 100 Most Influential African Women in 2019 by Avance Media.