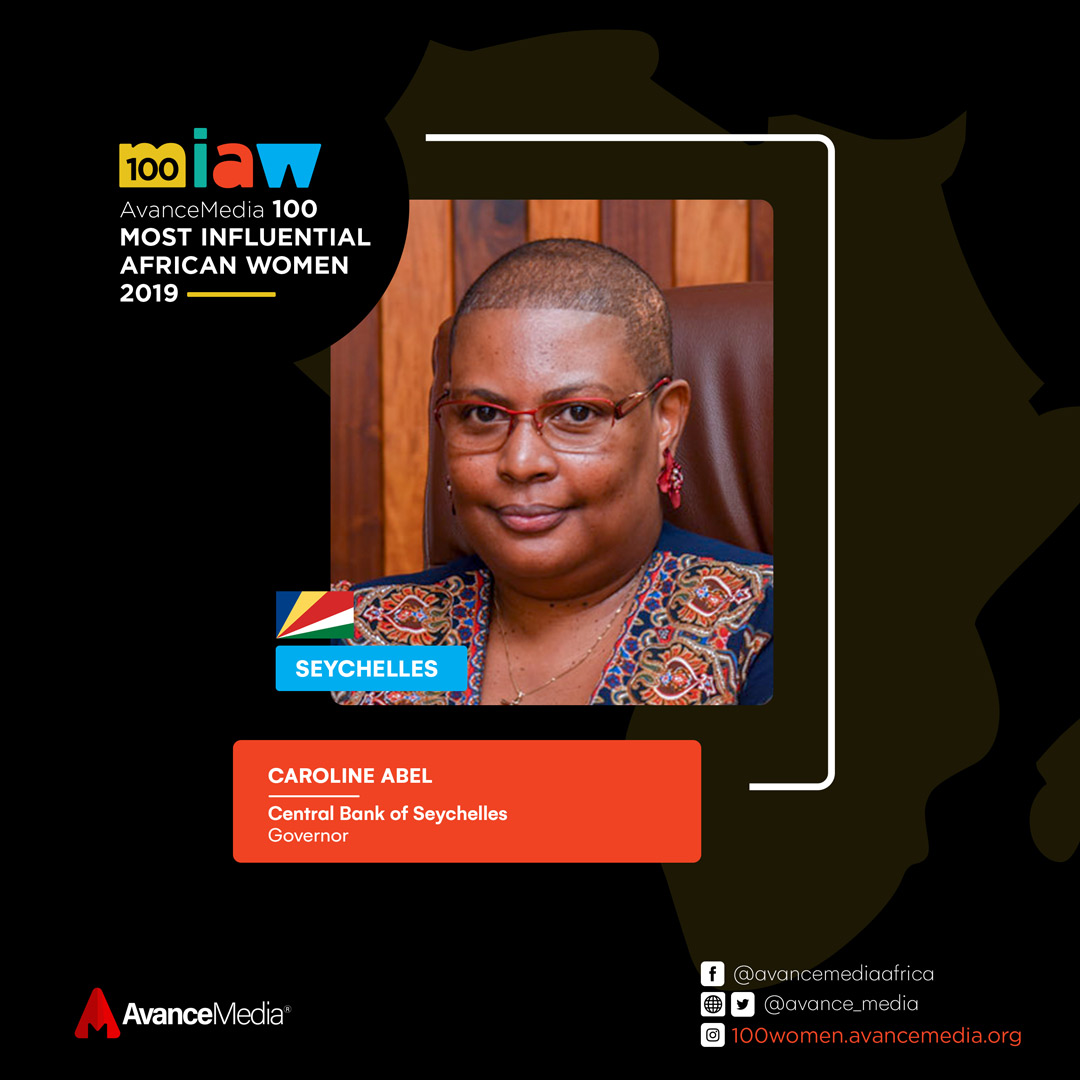 Caroline Abel is a Seychellois economist. In 2012, she was appointed Governor of the Central Bank of Seychelles, becoming the first woman in Seychelles to achieve such feat.

Abel was born in Anse Boileau, Mahé, Seychelles, where she completed her basic and secondary education. She is a daughter of Antoine Abel, Seychelles’ first playwright. She holds a first degree in Economics and a master’s degree in monetary economics from the University of Leeds and the University of Glasgow respectively.

During the 6th African Business Leadership Forum and Awards, Abel was awarded a special Commendation Award by Georgia Legislative Black Caucus. She was also presented with the African Female Public Servant of the Year Award by the African Leadership Magazine at the event.

Caroline Abel was named among the Inaugural List of 100 Most Influential African Women in 2019 by Avance Media.