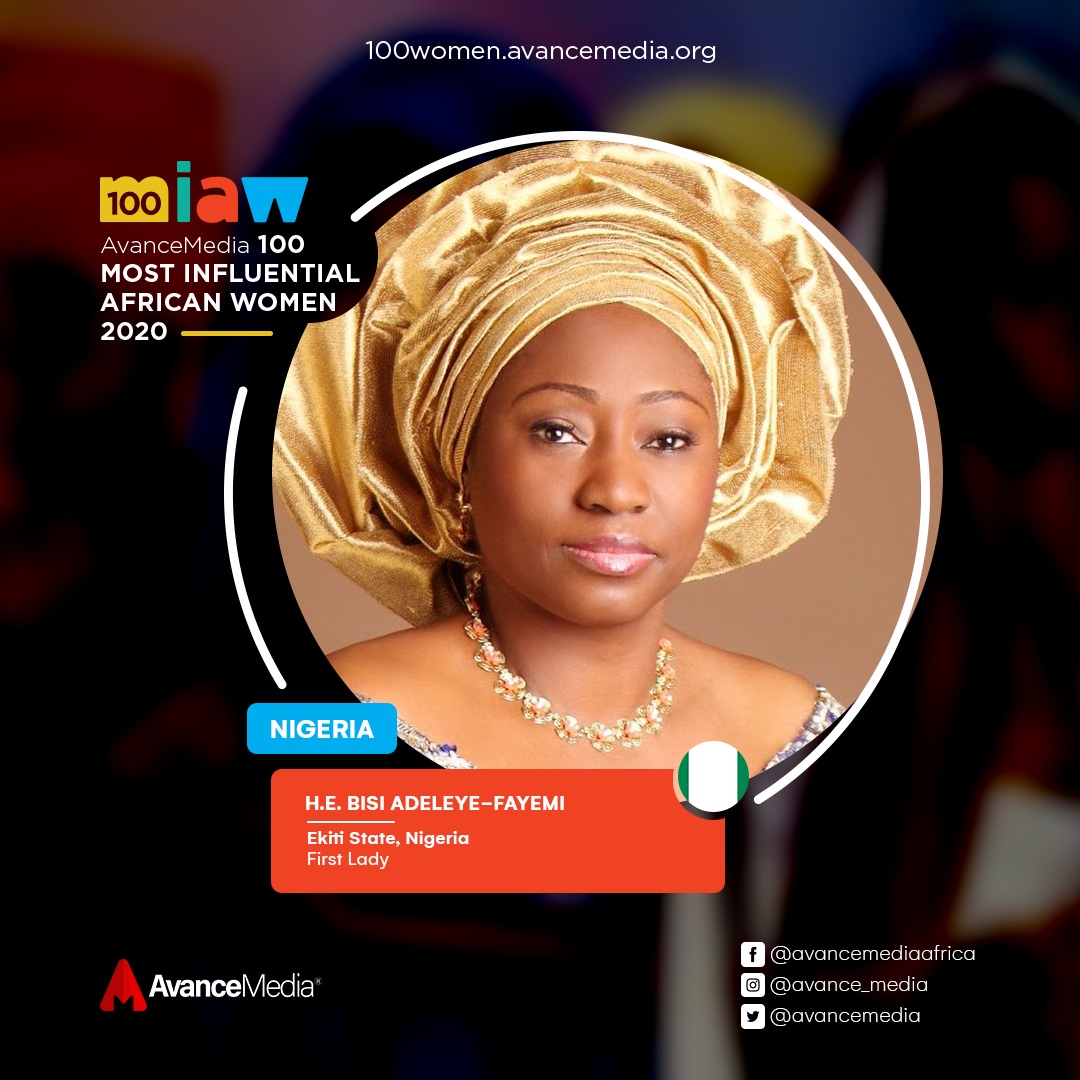 Bisi Adeleye-Fayemi is the first lady of Ekiti State and co-founder of the African Women Development Fund.

As an ardent activist, social entrepreneur and politician, she serves as the principal partner of Amandla Consulting where she leads leadership development programmes for women.

She is also one of the founders of the African Feminist Forum (AFF) and served on the AFF Working Group from 2006-2016. She is the recipient of the 2011 David Rockefeller Bridging Leadership Award, one of the most prestigious awards in the field of philanthropy, given by the Synergos Institute, New York.