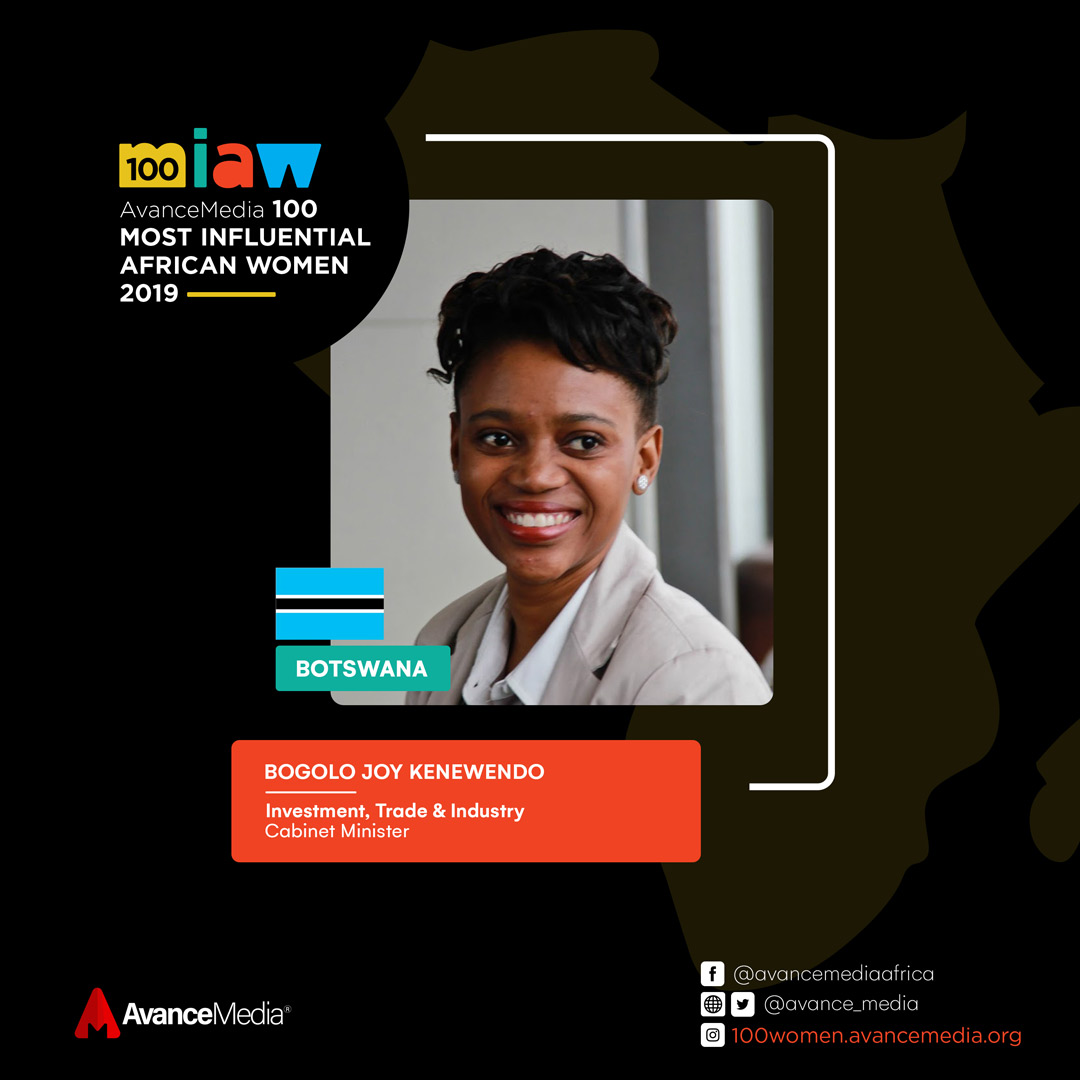 In her capacity as minister, Kenewendo was appointed by United Nations Secretary General António Guterres in 2018 to the High-level Panel on Digital Cooperation, co-chaired by Melinda Gates and Jack Ma

Bogolo was named among the Inaugural List of 100 Most Influential African Women in 2019 by Avance Media.