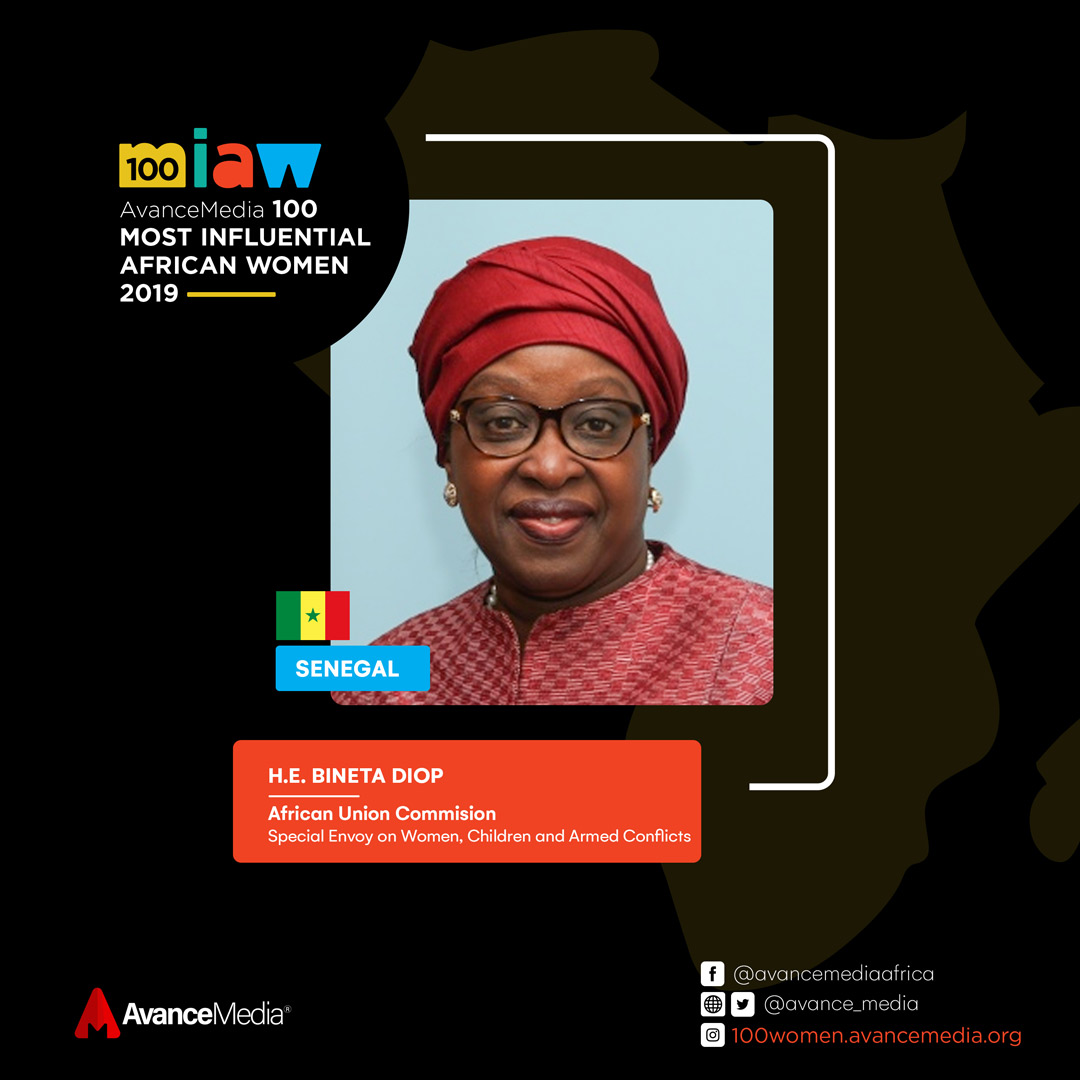 Bineta Diop is the founder and president of Femmes Africa Solidarité, an international NGO dedicated to promoting peace, security and development in Africa. Mme Diop has led peace building programs as well as women’s peace and security initiatives.

She has played an instrumental role in achieving gender parity with the African Union Commission and was appointed Special Envoy for Women, Peace and Security of the Chairperson of the AUC.

She co-chaired the World Economic Forum Africa Africa 2014. She was named one of the 100 influential people by Times Magazine.