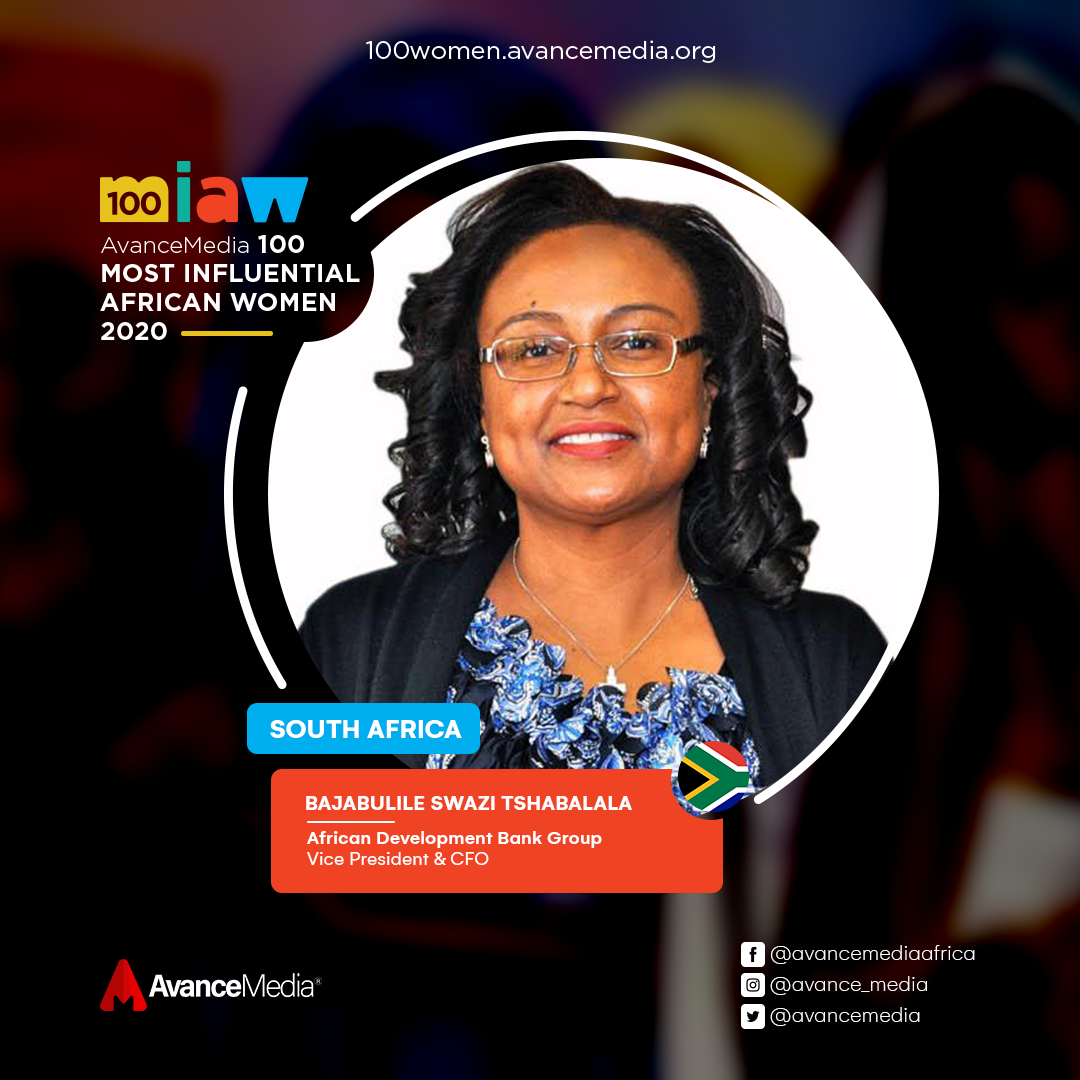 Bajabulile Swazi Tshabalala is the Vice President for Finance and Chief Finance Officer of the African Development Bank Group.

Ms Tshabalala has almost 3 decades of experience in finance, treasury management and capital market operations. She graduated with a BA in Economics from Lawrence University in the USA in 1989. She obtained a Master’s Degree in Business Administration from Wake Forest University, the USA in 1992.

She has previously worked at Old Mutual Employee Benefits, Standard Bank Group and Transnet Limited, South Africa. In 2006, She moved from Transnet to become the Chief Executive Officer of the Industrial Development Group (IDG), where she worked until 2014. The operations of the IDG Group covered petroleum, mineral resources, energy and property.

Since 2015, Ms Tshabalala has been the Executive Director of the Barbican Advisory Group, where she is responsible for financial and engineering consulting, transaction and financial advisory services. She owns her own consulting and advisory company, Kupanua Investments.

She is also the founder and past Deputy President of the Association of Black Securities and Investment Professionals of South Africa.