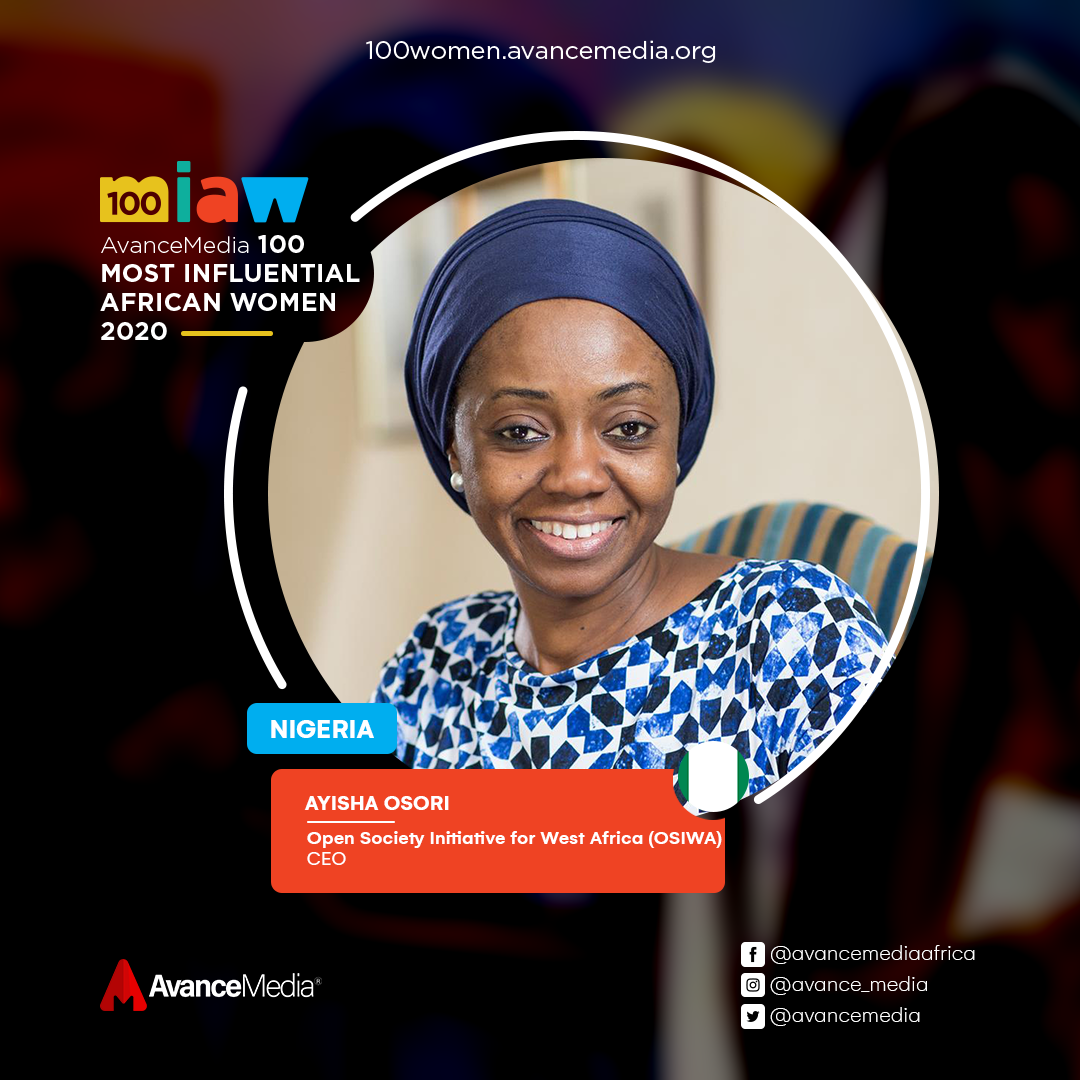 Ayisha Osori is the head of the Open Society Initiative for West Africa, a West African organization which promotes democratic values.

She is a lawyer, development consultant and communication strategist with 2 decades of experience in the public and private sectors. She is an advocate for women’s rights in Nigeria and is a non-executive director on the board of the Nigerian Women Trust Fund. She has worked with the World Bank, UNICEF, and the National Democratic Institute on a wide range of projects focusing on women’s economic and political empowerment, gender equality and good governance.

Before being appointed as Executive Director, Osori served on OSIWA’s board for four years, three of those years as chair. In 2014 Ayisha contested the primaries for a seat in the National Assembly on the platform of Nigeria’s ruling party – the People’s Democratic Party but lost.

Ms Osori, an Eisenhower Fellow, graduated from the University of Lagos and Harvard Law School and was called to the Nigerian and New York State Bar in 1998 and 2000 respectively. Also, she holds a Masters in Public Administration from Harvard Kennedy School.

Ayisha Osori studied Law at the University of Lagos and Harvard Law School. She holds a Masters in Public Administration from the Harvard Kennedy School of Government. She was called to the Nigerian and New York State Bars in 1998 and 2000 respectively.