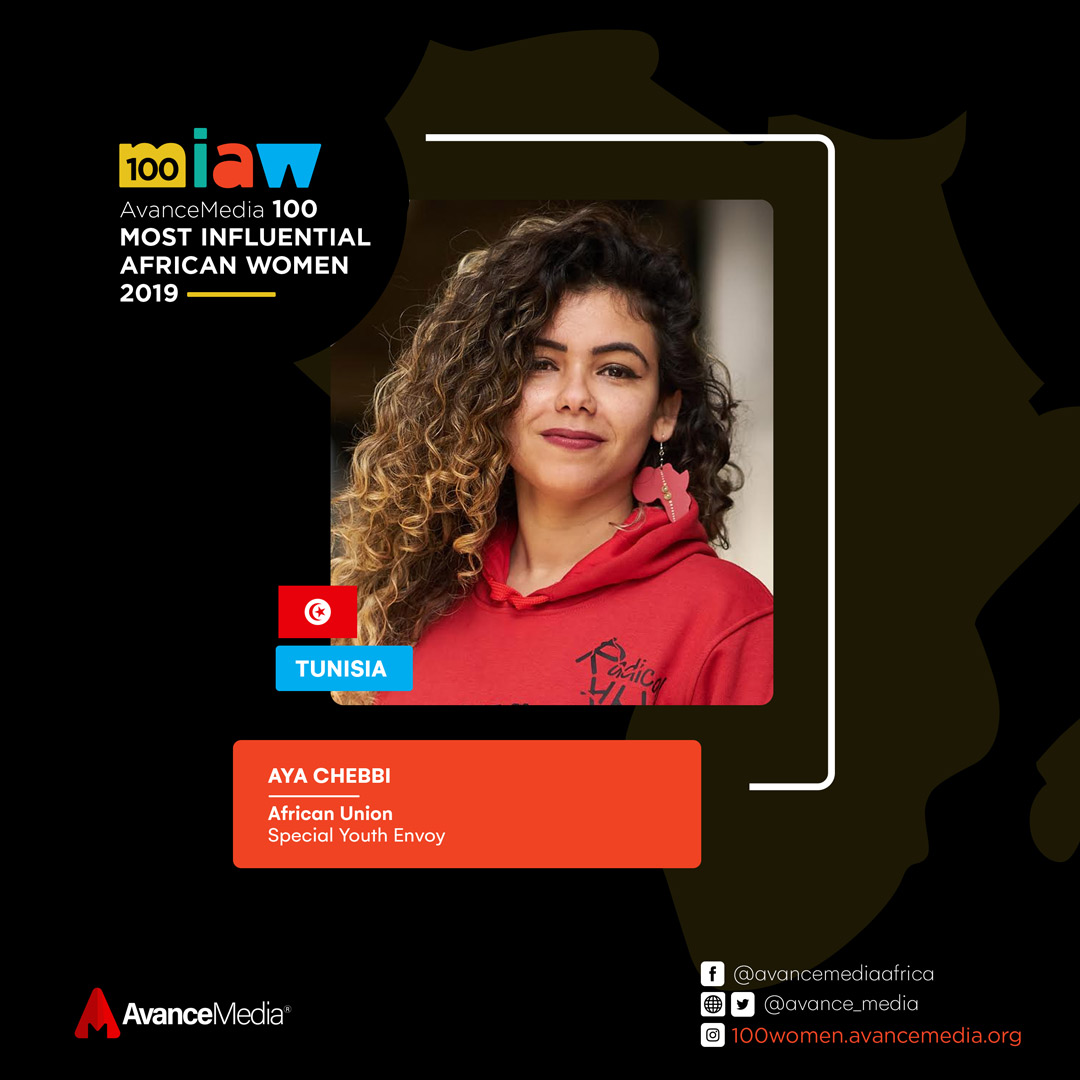 Aya Chebbi, an award-winning Pan-African feminist. She is the first African Union Youth Envoy  and the youngest diplomat at the African Union Commission Chairperson’s Cabinet.

She is the founder of multiple platforms such as Youth Programme of Holistic Empowerment Mentoring (Y-PHEM) coaching the next generation to be positive change agents, Afrika Youth Movement (AYM), one of Africa’s largest Pan-African youth-led movements and Afresist, a youth leadership program and multimedia platform documenting youth work in Africa.

Chebbi became a world renowned blogger during 2010/2011 Tunisia’s Revolution running Proudly Tunisian. Her blogs were published at OpenDemocracy and Al-Jazeera among others. Since then, she has been traveling across the African continent to support and train thousands of social movement leaders and activists on mobilization, blogging, leadership and non-violence and continues to travel the world as a scholar, mentor, speaker and activist.

In 2012, Chebbi was a Fulbright scholar at Georgia Southern University and 2015 Mo Ibrahim Scholar for her Masters in African Politics at SOAS, University of London. She was recognized in 2016 and 2018 among 100 Most Influential Young Africans in the World by Africa Youth Awards. She received 2016 Inspirational Woman of the Year by Women4Africa Awards, 2017 Pan-African Humanitarian Award by Pahawards and 2018 Young Talent of the year by UNLEASH Festival.

Chebbi’s extensive experience over the past decade made her an influential political voice known for rebranding Africa and commitment to youth empowerment, Peacebuilding and Africa’s integration.