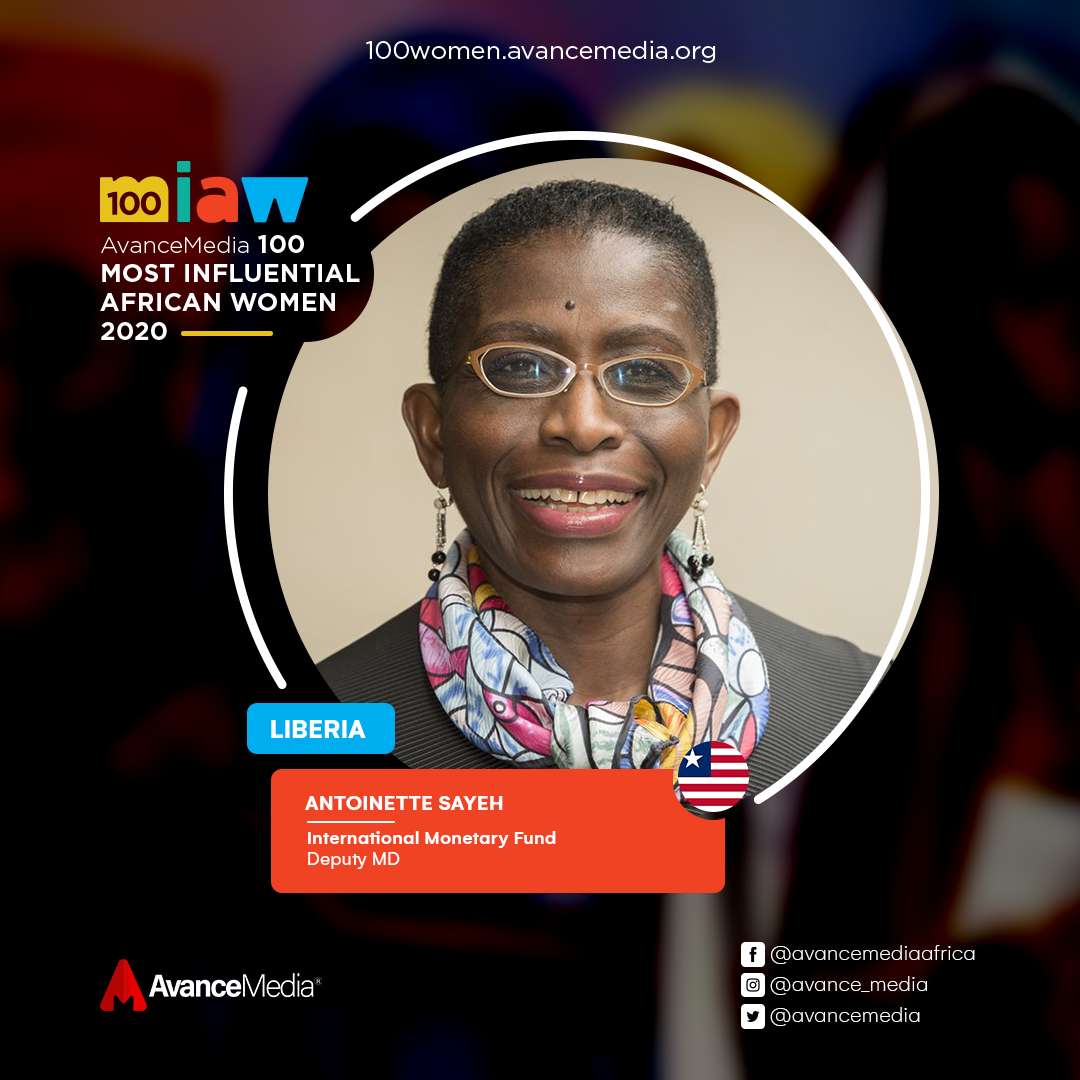 She previously oversaw and significantly enhanced the International Monetary Fund’s engagement with its sub-Saharan African members as Director of the African Department between July 2008 and August 2016.

As Minister of Finance in post-conflict Liberia (January 2006 through June 2008), she led the country through the clearance of its long-standing multilateral debt arrears, the HIPC Decision Point, the Paris Club, and its first Poverty Reduction Strategy, significantly strengthening its public finances and championing public financial management reform.

Ms Sayeh worked for the World Bank for 17 years, including as Country Director for Benin, Niger, and Togo; Senior Country Economist for Pakistan and Afghanistan, as well as an Advisor in the Bank’s Operations Policy Vice Presidency and as Assistant to its principal Managing Director.

Ms Sayeh graduated with a bachelor’s degree with honours in economics from Swarthmore College and a PhD in International Economic Relations from the Fletcher School at Tufts University. While at CGD, Ms Sayeh has also served on the Board of Managers of Swarthmore College; Board of Directors of the Ellen Johnson Sirleaf Presidential Center for Women and Development; and Board of Directors of Emerging Public Leaders.