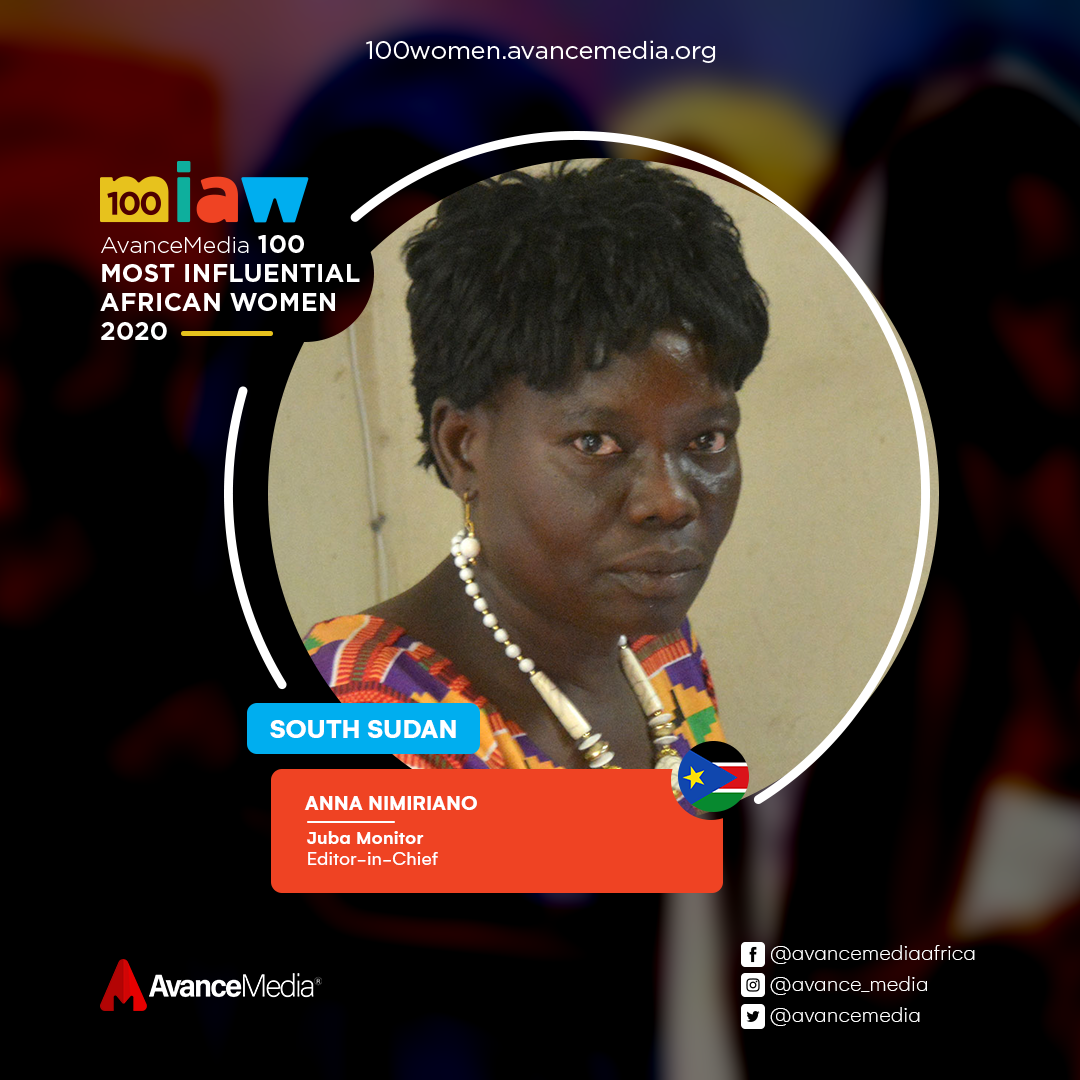 Anna Nimiriano Nunu Siya, is the Founder and Editor-in-Chief of the Juba Monitor, a leading Daily Newspaper in South Sudan. Previously, Nimiriano worked as the Managing Editor for the now-defunct Khartoum Monitor.

As a member of the National Editors’ Forum (NEF), Nimiriano represented the media during the high-level Revitalized Peace Agreement Forum in South Sudan. In 2019, she received the Africa Award Laureate for the Women in News Editorial Leadership Awards and has previously received several awards in Khartoum and South Sudan.

Nimiriano has attended several local and international media training workshops in Kenya, Uganda, Washington DC, Sierra Leone, Djibouti, Tanzania, China and India. She holds a Bachelor of Arts degree from the College of Community Studies and Rural Development at the University of Juba and a Diploma in Theology from the Institute of Theology for the Laity.