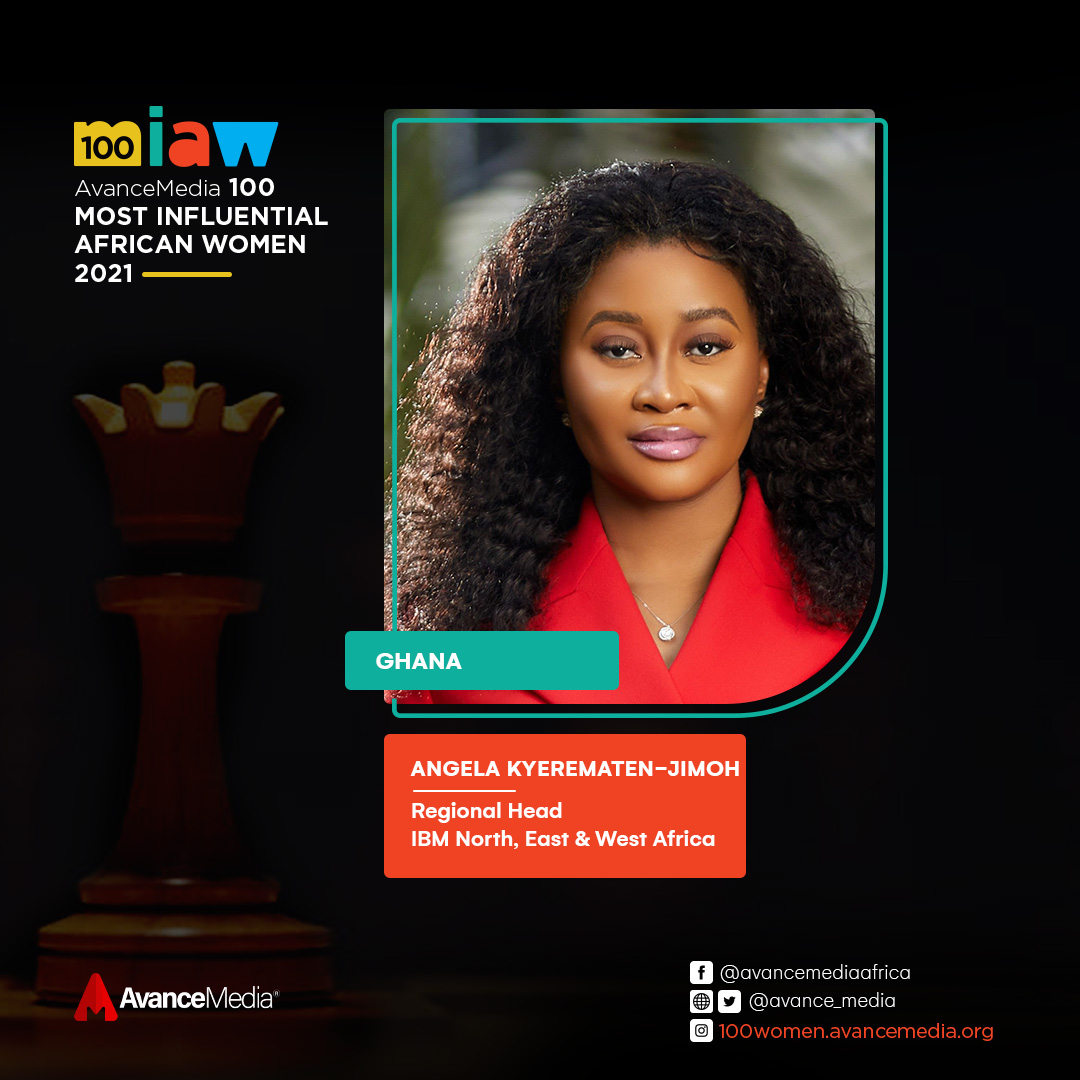 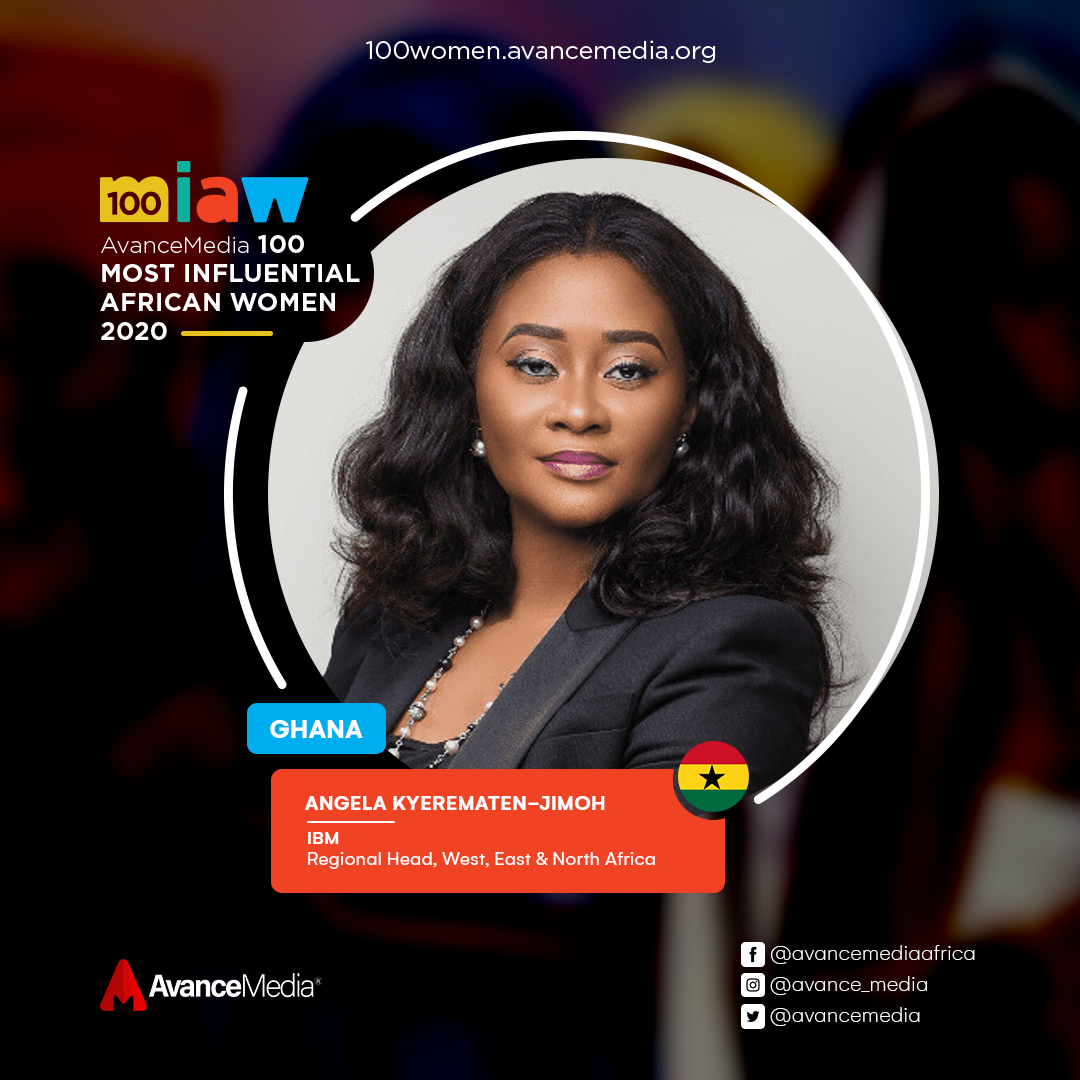 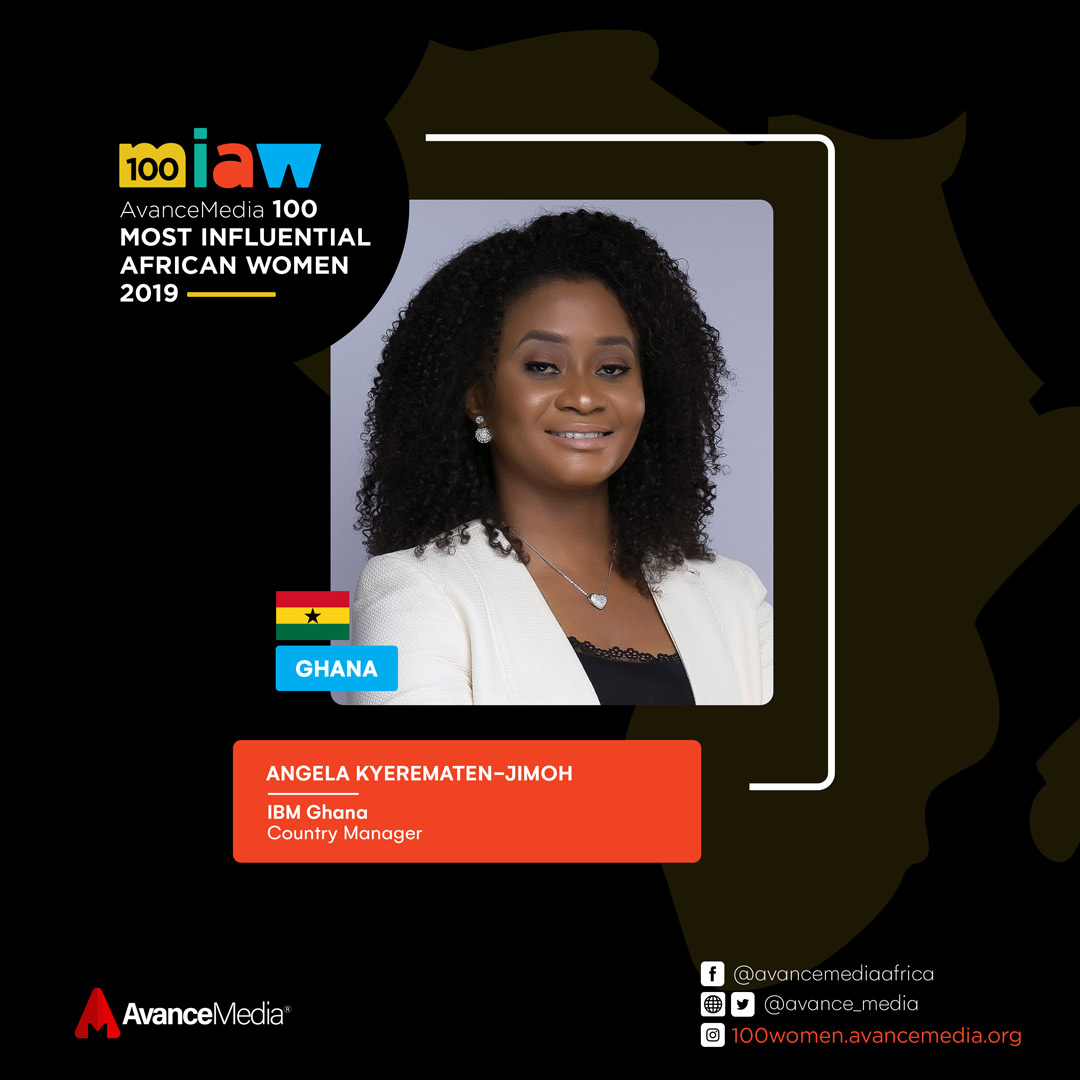 Angela is the Executive Director/Regional Head for IBM North, East and West Africa. She is the first woman and the first African to serve the role, and an inspiring thought leader in the technology space for the continent. She leads the organization’s business and strategy, enabling clients to grow and transform, and has been a key player in advancing IBM’s Hybrid Cloud and AI momentum across 35 countries in Africa.

She has over 20 years of experience in sales and marketing across the financial services and technology industry, balanced between global and local stints.

Prior to joining IBM, she worked for UBS Investment Bank and ABN AMRO in the UK. She was also Head of Consumer Banking for GT Bank Ghana and Head of Prestige Banking for UBA Bank Ghana. Since joining IBM Ghana in 2011, she has worked across various business units in East and West Africa and served a global role for IBM in the United States of America. In 2015, she became the first female Country Manager for IBM in Africa, a role that saw her broker some of the largest deals in East and West Africa.

Angela continues to be recognized as a strong advocate of ‘women supporting women’ among her peers and is an avid mentor for women in the corporate sector. She is also a philanthropist at heart, supporting the development of the lesser privileged in rural Ghana. She is a recipient of the US African Women Forum’s Global Impact Leadership Award, African Achievers Awards for Excellence in Business and is also ranked as one of Africa’s most influential women by Avance Media.

A proud mother to two boys and an Alumna of the Harvard Business School, Angela also holds a BA in Marketing and French from the London Metropolitan University.