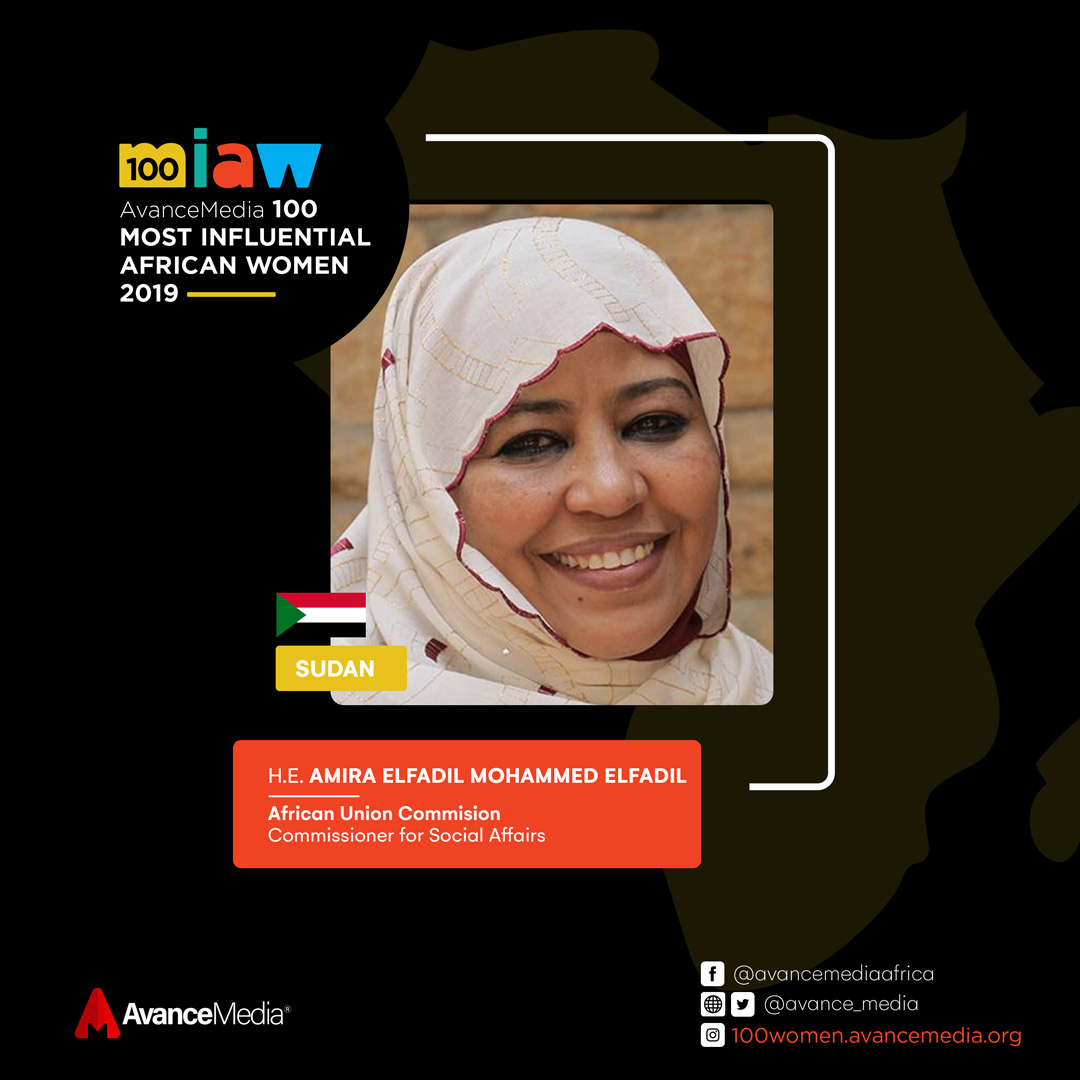 Her Excellency Amira Elfadil Mohammed Elfadil is the Commissioner for Social Affairs at the African Union Commision. Before being elected as Commissioner she served the Government of the Republic of the Sudan as Minister of Welfare and Social Security between 2010 and 2013 and as Minister for Social Affairs for the Khartoum State Government between 2009 and 2010. She served as Member of Parliament and was on the Foreign Relations Committee from 2015 until she assumed her current role. With her passion in addressing children, girls and women’s empowerment issues, she has held various senior roles in the Sudanese Women General Union, was Director General of the Society Studies Centre in Khartoum and Secretary General in the Sudan National Council for Child Welfare in addition to chairing various committees and boards on social development.

Her Excellency Amira Elfadil Mohammed Elfadil holds a Master of Arts in Diplomatic Studies from the London Diplomatic Academy at the University of the Westminster and a Bachelor of Arts in Sociology from the University of Khartoum. She is a citizen of the Republic of the Sudan and is married with four children. She is fluent in Arabic as a mother tongue speaks English as a second language.