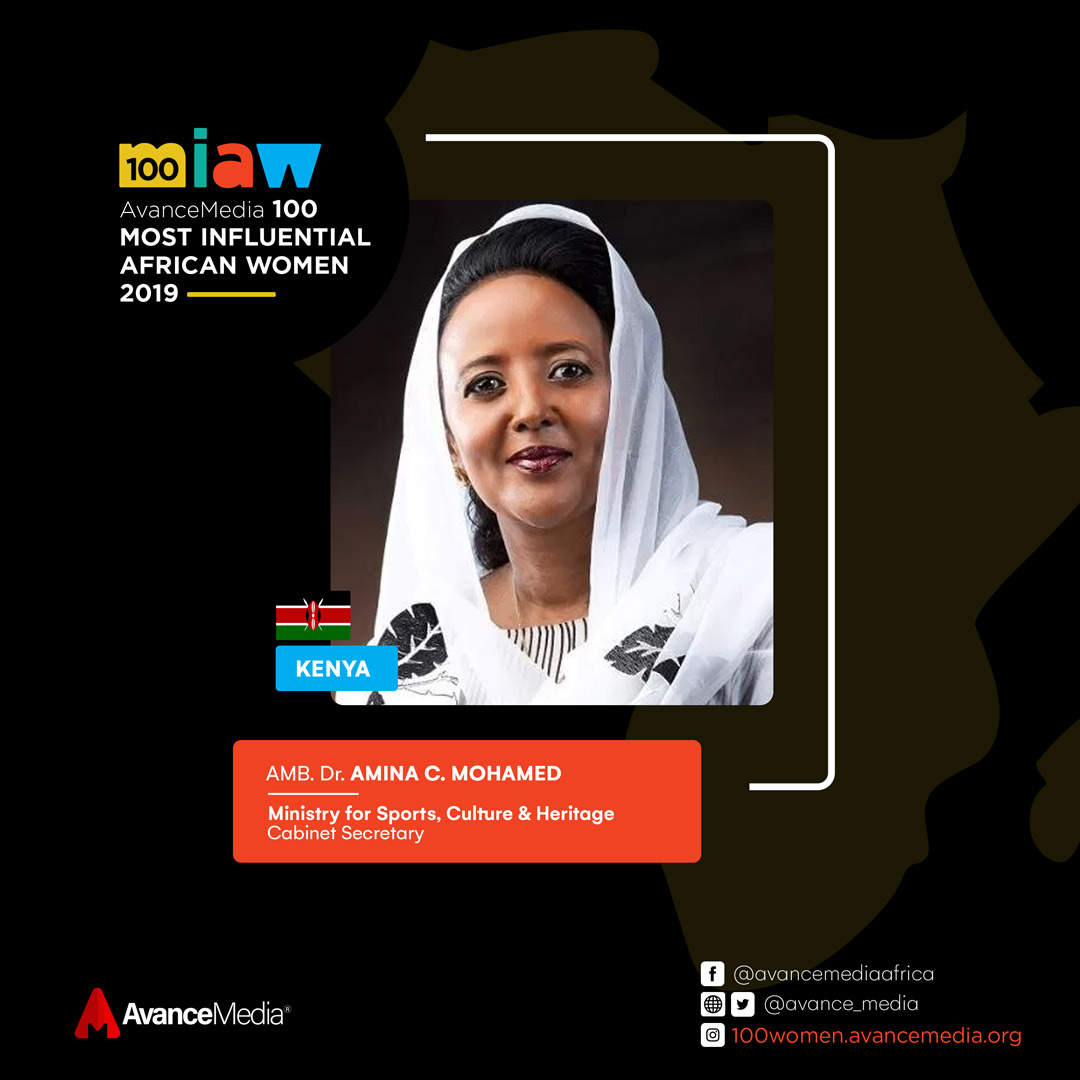 Amina Chawahir Mohamed Jibril is a Kenyan lawyer, diplomat and politician.She is presently serving as the Cabinet Secretary for Sports in Kenya. She previously served as chairwoman of the International Organization for Migration and the World Trade Organization’s General Council, as well as Assistant Secretary-General and Deputy Executive Director of the United Nations Environment Programme.

She served as the Cabinet Secretary for Foreign Affairs of Kenya from May 2013 to February 2018, when President Uhuru Kenyatta, after re-election, moved her to the Education docket.

Amina was named among the Inaugural List of 100 Most Influential African Women in 2019 by Avance Media.