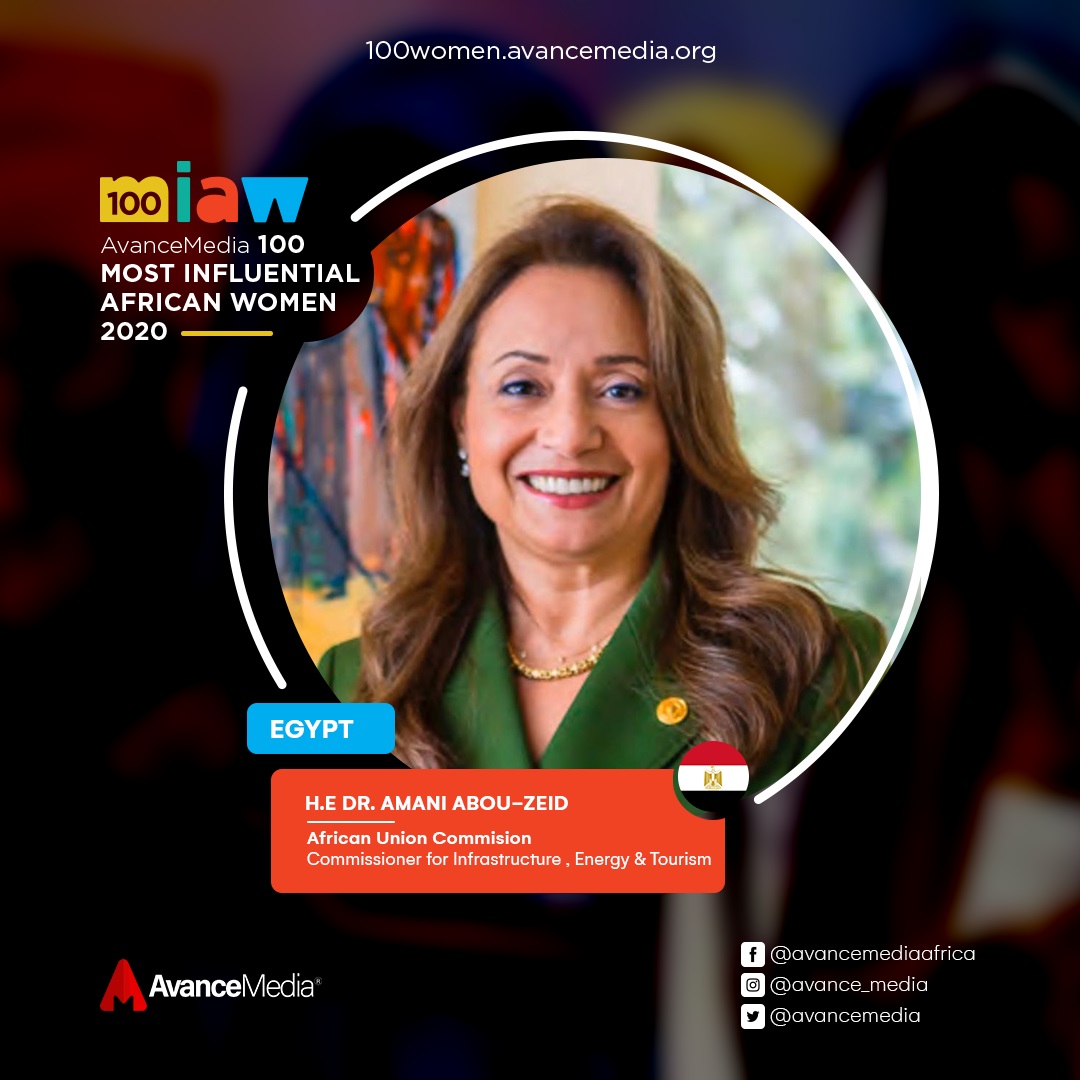 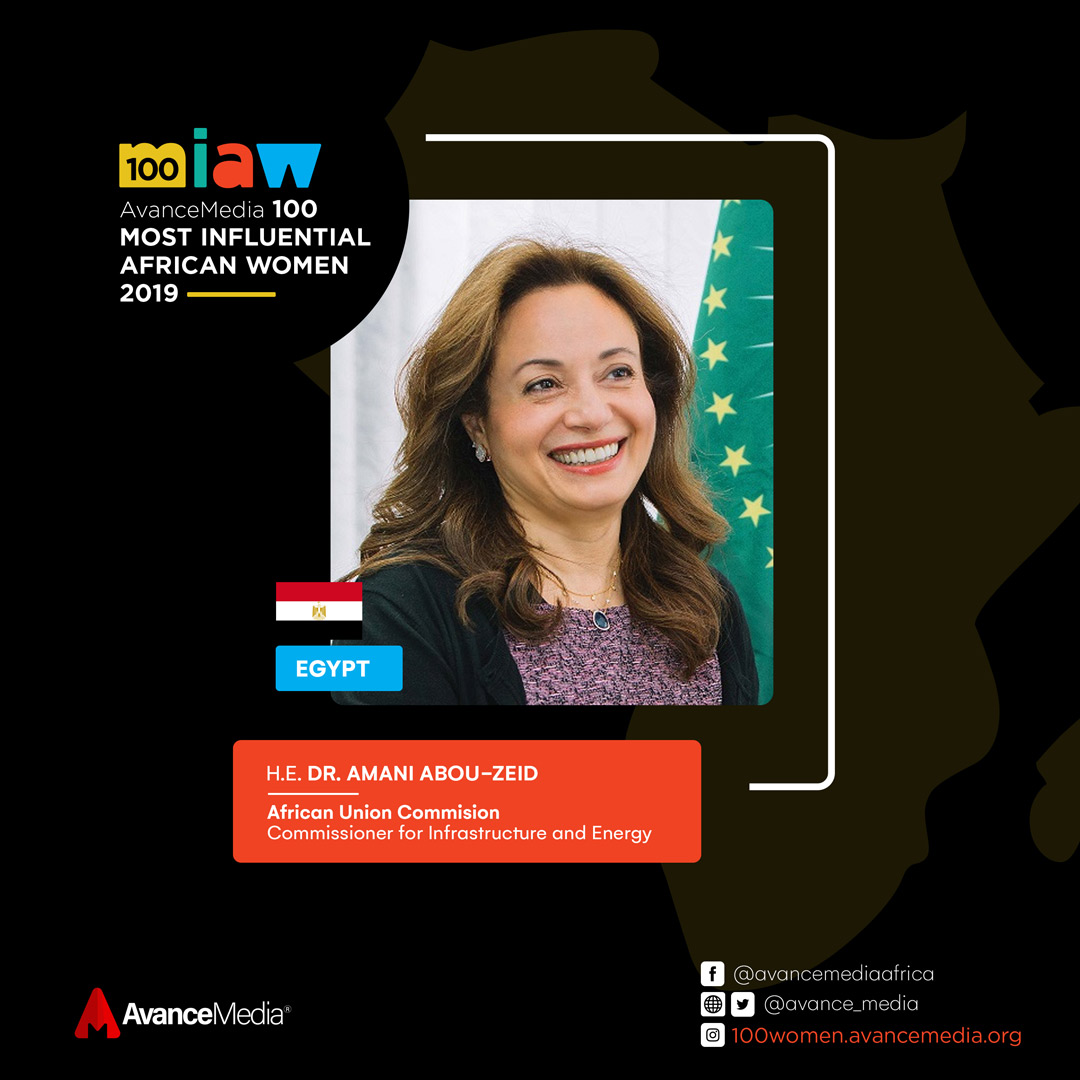 Dr. Amani Abou-Zeid is the Commissioner for Infrastructure, Energy and Tourism at the African Union Commission (AUC). She is in charge of sectors covering Energy, Transport, Tourism and ICT. Prior to joining the AUC, Dr. Abou-Zeid has served for more than 30 years in leadership roles at top-tier international organisations, such as the African Development Bank (AfDB), UNDP and USAID, with a focus on infrastructure and energy programmes.

Over her career, Dr. Abou-Zeid has amassed a rare mix of experience from across Africa, France, UK and Canada. She has managed large and complex development programmes, including the largest operations portfolio of the African Development Bank (AfDB).

An Egyptian national, Dr. Abou-Zeid speaks French, English, Arabic and Spanish. She is a trained telecommunications engineer with an MBA in project management from the French University for African Development (Université Senghor), a Masters of Public Administration from Harvard University and a Ph.D. in Social and Economic Development from University of Manchester, UK. She also has a degree in Arts from Université Sorbonne-Paris IV.

Dr. Abou-Zeid has received numerous international awards and recognition for her leadership and excellence, including the medal of Wissam Alaouite de l’Ordre Officier from His Majesty King Mohamed VI of Morocco and being recognised as a World Young Leader by the European Union.

Dr. Abou-Zeid was named among the List of 100 Most Influential African Women in 2019 and 2020 by Avance Media.