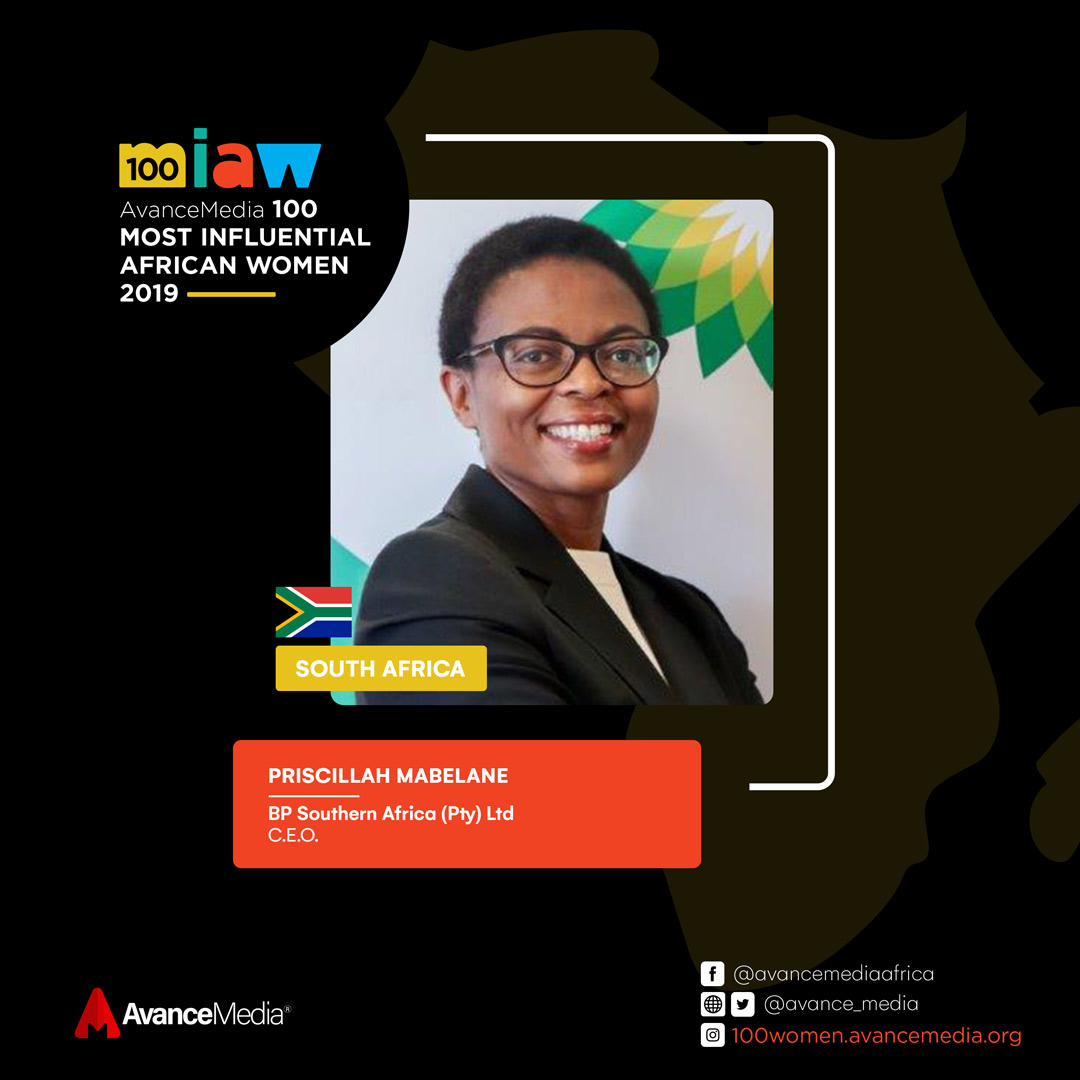 Ms. Priscillah Mabelane has been the Chief Executive Officer of BP Southern Africa (Pty) Ltd. since September 1, 2017. With over 20 years of service in a number of key leadership positions, Ms. Mabelane has a wealth of world-class experience and expertise. She most recently served as Operations Director for BP s UK retail business, where she is credited with maintaining a strong safety record whilst delivering record levels of financial performance and progress on key strategic milestones.

Prior to joining BP, Ms. Mabelane held various executive roles in a number of large South African companies including Airports Company, where she was the Chief Financial Officer; Ernst & Young, where she was a Tax Director and Eskom Holdings Limited, where she held various roles in finance, tax and general management.

She is a qualified Chartered Accountant and has a B.com Honours in Accounting.

Priscillah Mabelane was named among the Inaugural List of 100 Most Influential African Women in 2019 by Avance Media.